By CCN.com: In a shockingly-bullish call, Piper Jaffray predicts that Amazon stock will surge to $3,000 in as little as two years. That means Warren Buffett and Berkshire Hathaway’s recent $900 million AMZN acquisition could be worth $1.44 billion in 2021.

According to Piper analyst Michael Olson, this is a conservative projection of Amazon’s stock price into the future. He says this stunning 65% price rally will be easily attainable on the momentum of Amazon’s current operations:

“We believe AMZN shares will reach $3,000 by sometime between mid-’21 and mid-’22 or within 24-36 months. We have a high degree of confidence that AMZN shares can reach this level with no major acquisitions or other significant changes to the business.”

Amazon Stock Will Easily Surge 65% in Less Than 36 Months

This wouldn’t be the first time the retail giant’s stock embarked on a stellar price run. Piper used conservative multiples to arrive at their figure. If Amazon stock trades at $3,000 in two years, it will actually be underperforming its last two years, in which shares grew 86%. AMZN shares are up 20% for the year so far.

Amazon has been one of the dot-com industry’s most lucrative growth investments since its IPO in 1997. A $100 stake in Amazon at the time of its IPO would have been five shares of Amazon. After three stock splits and 21 years of Amazon’s unstoppable expansion, that $100 investment would have become 60 shares worth a nest egg-making $120,762 at the end of trading on August 31, 2018.

Warren Buffett watched the entire ride up without hopping on, and he has been kicking himself the whole time. He even suggested that he had some kind of “psychological problem” that kept Berkshire out of Amazon for so long.

It’s apparently tough for an investor like Buffett to feel the sting of buying a stock at a much higher price years after he knew the company would make something “close to a miracle” happen in commerce. 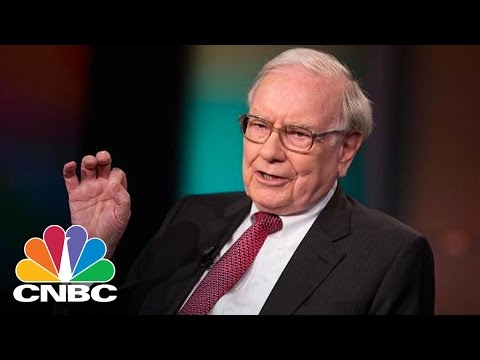 When challenged by a shareholder about Berkshire’s deep stake in the high-growth tech stock, Buffett assured investors that this was an investment in line with the value investing principles that have made him the third-richest man in the world.