Eight tons of gold has been taken out of the vaults of Venezuela’s central bank as tightening sanctions push President Nicolas Maduro to take extraordinary measures to remain solvent.

Per opposition legislator Angel Alvarado and anonymous government sources, the gold was removed from the central bank vaults last week.

Alvarado told Reuters that the gold will likely find a market outside the country. He did not reveal the exact destination of the gold, though only saying ‘they plan to sell it abroad illegally’. 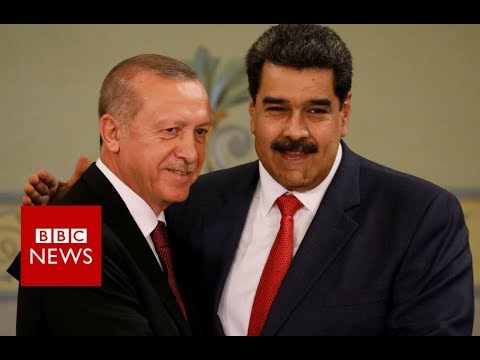 The precious metal is believed to have disappeared between February 20 and 22 last week. This was while central bank chief Calixto Ortega Sanchez was out of the country. The gold is thought to have been ferried in government vehicles. At the time, there weren’t any regular security guards stationed at the Central Bank of Venezuela.

After crude and refined oil, gold is Venezuela’s third-biggest export. The socialist country is estimated to hold foreign reserves amounting to billions of dollars in gold bars stashed away in the central bank’s vaults, according to Bloomberg.

With the severe economic sanctions placed on the country, state firms and senior officials in Maduro’s government, Venezuela has had to turn to unorthodox means to raise hard currency. Consequently, reports of secretive gold sales by the South American country have increased in the recent past. As a result, gold reserves held by the country have been declining rapidly.

Earlier this year, opposition legislator Carlos Paparoni claimed that 73 tons of gold were sold to Turkey and the United Arab Emirates in 2018. This happened without the approval of the country’s parliament as Venezuelan constitution demands, according to Reuters.

At the beginning of the year, Abu Dhabi-based investment firm Noor Capital revealed that it purchased 3 tons of gold from the Central Bank of Venezuela on January 21. The firm defended itself saying that at the time of the transaction it observed all the international laws and standards that were in place then.

Birds of a Feather… Venezuela Being Assisted by other Countries Facing U.S. Sanctions?

In early February, Russian publication Novaya Gazeta reported that the Kremlin may be assisting Venezuela to obtain cash for its gold. According to the newspaper, in one instance Russia was involved in moving Venezuela’s gold stashed in Moscow to the UAE. From there the U.S. dollars were then flown to Caracas, the capital of Venezuela.

The claims came on the back of Russia (alongside Turkey and Iran) vowing to assist Maduro weather a popular uprising. Already, the U.S. and its allies have recognized the Venezuelan National Assembly head Juan Guaido, as the country’s interim president. Maduro is, however, still clinging to power despite the pressure from world leaders including U.S. President Donald Trump.

I ask every member of the Maduro regime: End this nightmare of poverty, hunger and death. LET YOUR PEOPLE GO. Set your country free! Now is the time for all Venezuelan Patriots to act together, as one united people. Nothing could be better for the future of Venezuela!