The S&P 500 rally has been rallying overnight in pre-market trading as vaccine optimism continuously fuels investor confidence. But Anthony Fauci has a warning about “disturbing” data across many states.

Fauci, the National Institute of Allergy and Infectious Diseases director, said on September 11 that he finds the statistics concerning.

Data from CNBC has shown that COVID-19 cases are still growing by 5% on a weekly average.

While the positivity around vaccines is buoying the S&P 500 sentiment, rising cases remain a near-term threat to stocks.

At the peak of after-hours trading on September 14, the S&P 500 rose by over 40 points. The Dow Jones surged by more than 300 points, indicating a highly-anticipated market open.

The market upsurge followed the comments of Pfizer CEO Albert Bourla. He said he is “quite comfortable” with the prospect of distributing vaccines by the year’s end. Bourla noted:

“I cannot say what the FDA will do. But I think it’s a likely scenario, and we are preparing for it.”

The confidence of investors about the trajectory of vaccine distribution remains undeniably optimistic. But the S&P 500 faces risks of an economic slump in the longer term from a high baseline of cases.

Speaking to MSNBC, Fauci said last week that the U.S. cases are plateauing at 40,000 cases. That statistic is “disturbing,” he said:

“I’m sorry, but I have to disagree with that because if you look at the thing that you just mentioned, the statistics, Andrea, they’re disturbing. We’re plateauing at around 40,000 cases a day and the deaths are around 1,000.” 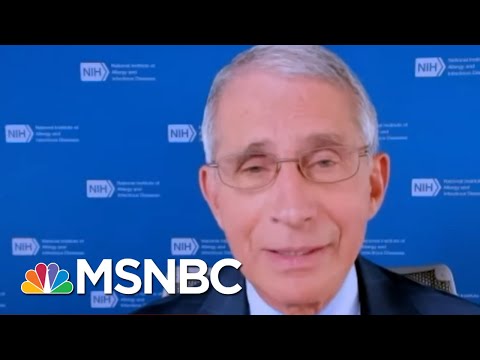 Heading into the Presidential election, the S&P 500 could continue to surge after a major pullback.

As CCN.com reported, top investment banks, including Goldman Sachs and Deutsche Bank, predict an end to the market correction.

The high average weekly cases in the U.S. don’t pose an immediate threat to the ongoing S&P 500 recovery. However, it could hinder the momentum of equities in the medium term if new cases fail to decline substantially.

Why is Fauci So Concerned?

Fauci’s biggest concern is that there are certain states in the U.S. with a relatively low testing capacity. When the states begin testing more actively, it could record more infections.

A high “baseline of infections that are 40,000 per day” could cause infections to soar again if testing further increases. Fauci explained:

“You have threats of increased test positivity in certain regions of the country, such as the Dakotas and Montana and places like that… You don’t want to start off already with a baseline that’s so high,” he said.

When vaccines are distributed across the U.S. by the year’s end, it could offset the fear surrounding high daily cases.