If there’s one thing that 2016 taught is, it’s that the polls don’t always give an accurate picture of an upcoming election.

As Donald Trump and Joe Biden battle it out for the Oval Office in 2020, that’s even more true. Civil unrest, political divisiveness, sky-high unemployment, and the pandemic have created an added layer of uncertainty for this year’s election—meaning predicting the outcome is more challenging than ever.

Usually, the economy is a crucial driver for American voters. That has been made more complicated this year by the intentional shutdown of the economy in March and April to combat Covid-19. The jury’s out on exactly how or when the economy will return to normal.

Google search trends offer a window into what voters are thinking about–and the answer is undoubtedly unemployment. While other major topics like race, healthcare, and crime have been on their radar, unemployment is the number one issue for American voters based on their search interests.

With unemployment still undeniably high, that might seem like a bad thing for the Trump campaign, but it may be his saving grace. Watch the video below for more information on the August jobs report. 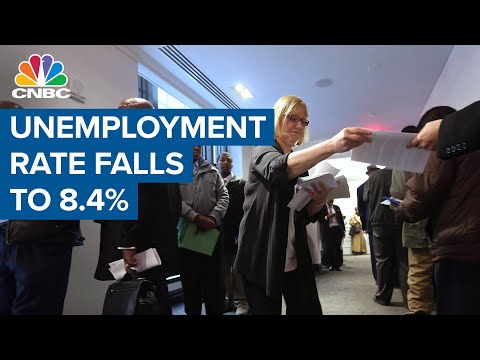 Trump Could Win on Jobless Concerns

Donald Trump won the 2016 election because of the swing states, and this year will be no different. If unemployment is the number one issue, that could work in Trump’s favor when it comes to swing states like Florida and Nevada, where the pandemic has decimated travel-related jobs.

For Biden’s part, he argues that Trump’s mismanagement of the pandemic has cost millions of Americans their jobs. But notably, Trump’s focus has always been reopening the economy and getting people back to work.

Long term that may have caused more harm than good, but the fact remains that Trump has always positioned himself as trying to get people back into their jobs. That could be a big selling point for the president when people go to cast their ballots.

Trump was quick to execute executive orders to protect some of the pandemic unemployment benefits when Congress was unable to reach an agreement before its August recess. Many criticized the president’s move and questioned its legality, but from an unemployed voter’s standpoint, single-handedly releasing additional jobless benefits likely played well.

Trump Might Edge Biden Out on Issues People Care About

A CNBC/Change Research poll showed that voters blame both Democrats and Republicans for Congress’ inability to release more coronavirus relief. Of those questioned, 40% hold the Democrats responsible, and 39% say it’s Donald Trump and the GOP’s fault.

Unsurprisingly, most people assigned blame according to the party they identify with or support. But 40% of independent voters surveyed blamed the Democrats compared to 31% who pointed the finger at Republicans. Independent voters are expected to be the tipping point in this year’s election.

On top of that, the jobless rate has been dropping despite worries about a slowing economic recovery. In August, the unemployment rate fell from 10.2% to 8.4%, though less than half of the 22 million jobs lost during the pandemic have yet to be recovered. Still, the steady pace of recovery in the labor market will be a key factor in Donald Trump’s reelection campaign.

The pace of job growth has slowed considerably since April, but the August data still beat expectations. If the unemployment rate continues to decline in September and October, Donald Trump could have a good shot at reelection.