The stock market is juggling a trio of issues comprised of the trade talks, the Fed, and the upcoming third-quarter earnings season. And while it hasn’t been pretty, all three major stock market indices are currently trading in the green.

One stock that is helping to buoy sentiment is rideshare play and recent IPO, Uber. Investors might want to thank Wall Street, whose reception until now has been mostly frigid toward the new issue. In a 180-degree turn, Citi analysts reportedly lifted their rating on the stock from neutral to buy, citing the company’s valuation that the firm says is “difficult to ignore,” CNBC reported. Of course, Uber also launched Uber Copter rides that take you from midtown Manhattan to JFK airport in less than 15 minutes,  so that might be bolstering the sentiment around the stock, too. 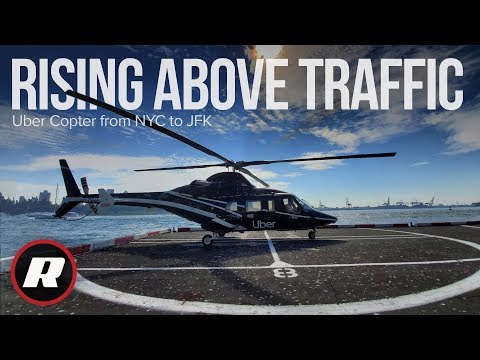 Uber has shaved off one-third of its value since its overhyped IPO while the S&P 500 has advanced about 1% over the same time period. Uber trading decidedly in the green today is a rare sight, and rival Lyft, which has been trading similarly to its larger competitor, has even managed to eke out some gains in celebration.

You may be wondering what has changed with Uber stock. For now, the sentiment has certainly turned more positive after Citi predicted that Uber’s Q3 earnings report in November will be a game-changer. After reporting its single-worst loss in the company’s history of $5.2 billion in Q2, Uber seemingly has nowhere to go but up.

Uber CEO Dara Khosrowshahi could be credited with righting the ship if, in fact, the analysts are right about Q3. Khosrowshahi certainly has taken an ambitious approach with his Amazon-like model, and the copter rides are another example of the company getting bigger, perhaps too big for its own good. Meanwhile, Khosrowshahi might want to remember Uber still has work to do in its core business:

The chain of events generated a response by Uber’s social media team, which tweeted:

“This is not the experience we want you to have, InvestorsLive. Please send us your phone number through direct message, so we can assist further.”

Uber’s gains come on a day when investors are similarly piling into a couple of FANG stocks, including Netflix (NFLX) and Apple (AAPL). In fact, Apple is nearing its 52-week high and at this pace could could even reach a new all-time high soon.