By CCN.com: Uber revolutionized cross-town transportation, but that’s not going to help the company make any money. That’s one shocking revelation from the Uber IPO filing, which makes the rideshare giant’s $100 billion valuation look like nothing more than a pipe dream.

Uber: ‘We May Not Achieve Profitability’

This major red flag really shouldn’t come as a surprise. Massive competition in the ride-hailing space could force Uber to lower fares and raise driver incentives just to retain market share – much less turn a profit.

Moreover, the company incurred a loss of nearly $2 billion in 2018, after excluding the profit it made from selling portions of its businesses in Russia and Southeast Asia. This was a significant drop from the $4 billion loss it incurred in 2017. But the loss could balloon in the future, as Uber’s IPO filing suggests.

“We have incurred significant losses since inception, including in the United States and other major markets. We expect our operating expenses to increase significantly in the foreseeable future, and we may not achieve profitability.”

Uber rideshare rival Lyft made a forgettable stock market debut. Its shares crashed following a hype-driven open, and analysts were quick to slap bearish targets on the tech unicorn.

Lyft’s tumbling stock is a worrying sign for other unicorns. Shares have fallen as much as 21% since trading debut. Trading now below the raised IPO price of $72. Bad omen for Pinterest, Postmates, Slack, Uber which are hoping to ride a wave. https://t.co/jnhz05DU5S pic.twitter.com/I8deKHO8Db

Uber could go down the same path. Already, the company seems to have toned down expectations as it was earlier looking at a $120 billion valuation, according to Reuters. It was valued at $76 billion in the private market in August 2018.

Now that investors know that even Uber itself isn’t confident it will ever turn a profit, it won’t be surprising if the firm’s market cap levels out far below the $100 billion mark. 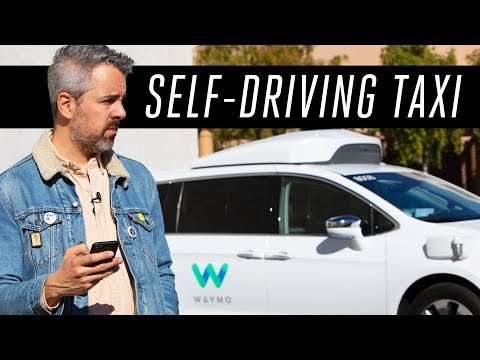 Adding further pressure, Uber faces an avalanche of challenges as the ride-hailing industry gradually moves toward autonomous cars. The company has been testing self-driving cabs, but it has been forced to reduce the scale and scope of its testing after a fatal crash last year.

Alphabet self-driving division Waymo, on the other hand, has already launched a commercial ride-hailing service and aims to expand into more markets. Waymo’s self-driving cars have racked up millions of miles in the state of California.

Uber is nowhere close to Waymo in the burgeoning autonomous ride-hailing market. This could give the company a major headache in the future as it runs the risk of falling behind in an industry that it originally pioneered.

Considering all these risks, don’t be surprised if the long-awaited Uber IPO quickly runs into a roadblock.