In a move that will surely raise a few eyebrows, rideshare behemoth Uber is bolstering its helicopter service. This month, those with the means will be able to hail an Uber helicopter to go from Manhattan to JFK in under 10 minutes.

Given Uber’s struggles with debt and profitability, there will be plenty of people who see this as a classic example of reckless ambition. They could have a point. Lyft is happy to stay in North America and focus on its core market. Uber, however, has tried to take over the whole world, expanding into multiple nations and trying to take rideshare by the throat. Such a strategy has made the company more valuable but also more unwieldy. On the face of it, this makes Uber’s foray into the costly world of helicopters looks entirely bonkers, but is it?

@Uber_NYC @Uber when can I schedule an #Ubercopter ? I fly out of jfk on the 9th. Trying to schedule one and I don’t see the option.

The Battle for Self-Driving Dominance

Calling an Uber or Lyft is a practically identical experience. Both companies use similar apps and often even the same drivers. Both companies have also acknowledged that their futures lie in self-driving technology. Autonomous vehicles are where the competition gets fierce. Tech juggernaut Tesla, which plans an armada of robo-taxis, will do its best to make original rideshare apps a thing of the past.

Tesla is probably the main competition here, as the possibility of using your personal vehicle to earn independently without you sounds almost too good to be true. Many think that Elon Musk is getting ahead of himself, but as a concept, it clearly blows any competitor out of the water. Uber knows that it has to find unique and profitable side businesses if it is to sustain itself long term in an increasingly crowded field. Uber “Eats” is one such foray, but that concept is nothing new. Helicopters though? Now we’re talking. 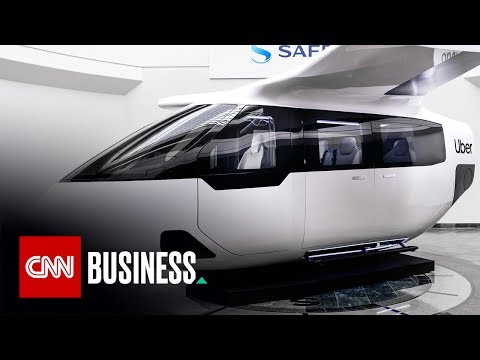 Uber wants to be more than a taxi company; it wants to be the benchmark for travel of all kinds around the world. You can’t do this without taking some risks. This is about ambition and Uber’s ability to distance itself from the massing ranks of rideshare companies.

If it can gradually bring down the $200 price tag, all of a sudden it may have the monopoly on a more convenient means to travel to airports in major cities. Yes, it’s always going to be quite expensive, but point the riders in the direction of a few landmarks, and it becomes transportation and an “experience.” While there are competitors, Uber is still getting in on the ground floor of a mostly untapped market.

Despite all the negativity surrounding Uber’s recent earnings, the stock price has proven relatively resilient. It’s clear that investors are giving the transit company the benefit of the doubt for now, and it holds onto an impressive $74 billion valuation. By lowering its IPO expectations, UBER avoided any major collapse in price. Trading at just under $44, the stock is down a mere 2% YTD.