The momentum of the U.S. stock market has been slowing since early August as companies increasingly cuddle cash and avoid stock buybacks.

After a minor drop on Thursday, the Dow Jones Industrial Average (DJIA) awaits a weak market open. The momentum of the U.S. stock market is slowing as companies increasingly cuddle cash and avoid stock buybacks.

In the second quarter, the data from S&P Dow Jones Indices showed stock buybacks declined by around 50%.

According to the Financial Times, the figure suggests the lowest quarterly stock buybacks in over eight years.

When companies reduce the number of stock buybacks, it could lower the buyer demand in the U.S. stock market.

Are Companies Playing Cautious as Stock Market Rebounds From Pandemic?

Analysts attribute the substantial drop in stock buybacks to the slip in corporate profits throughout 2020.

The data show that the number of buybacks fell harder than profits, indicating an overall cautious stance from public conglomerates.

But some asset managers have a differing view on the buybacks and the current trend of the stock market.

TCW’s senior portfolio manager Diane Jaffee said the stock market is surging without buybacks due to clarity in economic growth.

As the U.S. rebounds from the pandemic, possibly through the production of vaccines, investors anticipate a market recovery.

Considering the relatively stable uptrend of the stock market in recent weeks, Jaffee suggested that companies might not feel compelled to initiate buybacks. She said:

“The market is up without share buybacks because we see the light at the end of the tunnel and can see where economic growth is going. [Buybacks] really only the propellant when there was not a lot of earnings or potential economic growth and that was the only game in town.”

Several macro factors are seemingly affecting the trend of the U.S. stock market. Namely, investors expect a stimulus deal and a continuous injection of liquidity from the Federal Reserve.

Still, buybacks could further fuel the upsurge of the U.S. stock market, as seen in Apple and Intel’s performance.

The tech conglomerate spent the most on buying its stock in Q2, worth around $17.6 billion. It was one of the many catalysts that allowed the firm to achieve a $2 trillion valuation.

The declining number of stock buybacks coincides with the growing demand for cash and safe-haven alternatives.

Tiger 21 found that 19% of wealthy investors now hold cash, up from 12% in the second quarter of 2020. It suggests investors remain cautious about the stock market.

Cash Holdings of Wealth Investors Up From 12% to 19%. Watch the video below: 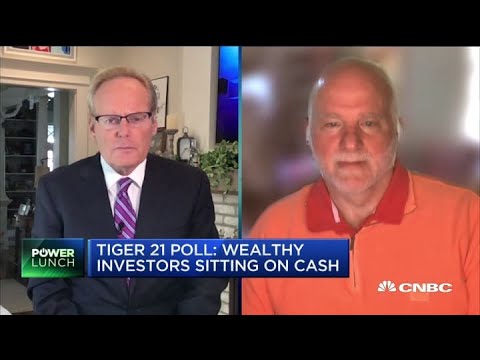 “This is an extraordinary change. We have been tracking this number for more than a decade, until thsi month, it was never above 13%, never below 11%. This is like a four or five or six stigma event, nothing ever close to it.”

The likelihood of a fading U.S. stock market could increase if stock buybacks continue to decrease, and cash exposure increases in the short-term.