“Dancing with the Stars” is done.

Sure, the show got renewed for yet another season — except this time, they’re doing it without Tom Bergeron and Erin Andrews.

And while Tyra Banks seems like a worthy replacement for these two longtime hosts, she’s actually the kiss of death.

“Dancing with the Stars” Didn’t Need a New Creative Direction 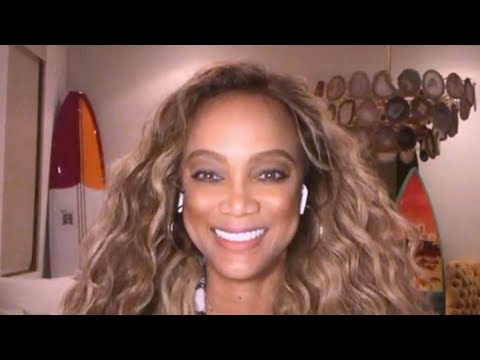 “If it ain’t broke, don’t try to fix it,” as the old saying goes — so why did “Dancing with the Stars” need a reboot?

For the show’s first twenty-eight seasons (count ’em!), there were two things that always remained consistent: Tom Bergeron and Erin Andrews. Folks couldn’t get enough of the kitschy dances, the Z-list celebrities begging for relevance, and Bruno Tonioli.

Somehow, ABC convinced themselves that Tyra Banks — who will be an executive producer too — was going to improve on this?

The Show Jumped the Shark by Signing Tyra Banks

If you believe Twitter, there are a few people fascinated with the direction Tyra Banks will take the show. Most fans aren’t too thrilled.

People are well aware that Banks drove “America’s Next Top Model” into the ground with her bullying, over the top ways. History will most certainly repeat itself with DWTS.

Take a listen to what she had to say this week on “Good Morning America,” where she heaved about being “the first Black emcee” on the show.

I am excited about hosting and executive producing — getting in there, live TV, you never know what happens on live TV. I like breaking those doors down so that we don’t have any more firsts,” Banks said. “But it’s nice to be first so that you can open that door and let so many other people in after you — so I’m excited.

Wait – “Dancing with the Stars” is a political statement now?

It’s certainly important to remember that #BlackLivesMatter. I’m glad we’re changing the conversation, but “Dancing with the Stars” is nothing more than a cheesy reality competition show.

And I’m sorry to say: It needs to come to an end.