By CCN.com: President Donald Trump has long been known for his colorful personality and his inclination for making highly controversial statements. This habit is finally starting to cause a stir for the top brass at Twitter. The left-leaning social media site, which has long been his favorite communication channel, wants to create a labeling policy for his tweets that violate their terms of service. 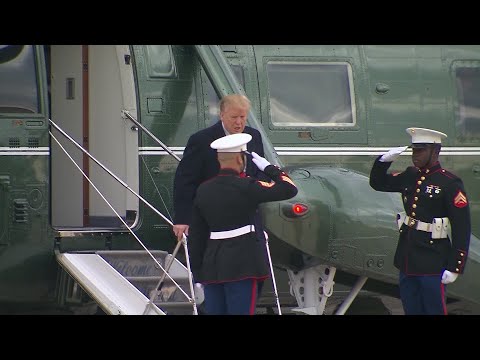 The issue was brought up at a recent Washington Post event, where Vijaya Gadde, Twitter’s head of legal policy and trust and safety was asked whether or not Trump had the license to say anything he wants on the platform. Gadde said that politicians are given a certain amount of leeway on Twitter because their comments are often newsworthy, and thus crucial for the public to see, even if they violate the service’s rules.

However, Gadde argued that Trump should not be completely unfettered. She explained:

“An example (of a tweet Trump couldn’t make) would be a direct violent threat against an individual – that we wouldn’t leave on the platform because of the danger it poses to that individual.”

So it was indeed (just proven in court papers) “last in his class” (Annapolis) John McCain that sent the Fake Dossier to the FBI and Media hoping to have it printed BEFORE the Election. He & the Dems, working together, failed (as usual). Even the Fake News refused this garbage!

Many people cringe when they read President Trump’s tweets, and for others, they believe they are in direct violation of Twitter’s terms. Going forward, Gadde revealed that the social networking platform is working on creating a labeling system for the tweets of politicians. Speaking about the thought behind this idea, Gadde said Twitter wants to be balanced in its approach.

So it was indeed (just proven in court papers) “last in his class” (Annapolis) John McCain that sent the Fake Dossier to the FBI and Media hoping to have it printed BEFORE the Election. He & the Dems, working together, failed (as usual). Even the Fake News refused this garbage!

“How can we put some context around it, so people are aware that that content is actually a violation of our rules and it is serving a particular purpose in remaining on the platform?”

The microblogging platform is trying to create a compromise between the need to keep Trump’s oft-offensive tweets coming without upsetting too many Twitter users and sending the message that it’s perfectly fine to violate the platform’s rules.

Even though many Trump fanboys would undoubtedly like the president to spew whatever he wants online, it is hard to argue with Twitter for wanting to at the very least provide people with some warning when he goes off the rails.

Just look at how he talks about his political allies – much less his enemies!

“Truly weird Senator Rand Paul of Kentucky reminds me of a spoiled brat without a properly functioning brain. He was terrible at DEBATE!”

“@FrankLuntz is a low-class slob who came to my office looking for consulting work, and I had zero interest. Now he picks anti-Trump panels!”

It is clear that Trump has a pattern of making derogatory, derisive comments. He likes to target anyone he views as a threat. Many would call this behavior narcissistic – supporters call it a great example of a man exercising his First Amendment rights.

Kevin Corke, @FoxNews “Don’t forget, Michael Cohen has already been convicted of perjury and fraud, and as recently as this week, the Wall Street Journal has suggested that he may have stolen tens of thousands of dollars….” Lying to reduce his jail time! Watch father-in-law!

Still, Twitter owes Trump a significant debt, even if – and perhaps because – his comments are often controversial.

In 2015, when President Trump announced his candidacy, Twitter experienced a surge in growth, particularly as the election drew closer. The company’s monthly active user (MAUs) count spiked from 318 million to 327 million MAUs, as the president-elect made Twitter his preferred medium of communication with the American public.