In case you missed it, United States Attorney General William Barr declared this week that there was insufficient evidence in the report filed by Special Counsel Robert Mueller to suggest that President Trump obstructed justice in the Russia collusion investigation.

Many Trump critics raised questions about Barr’s reliability, given that he is a Trump appointee and the full Mueller report remains sealed. However, a new Twitter conspiracy alleges that Barr may actually be former Trump Chief Strategist Steve Bannon.

“Barr looks like what would happen if Bannon were on Queer Eye.”

Barr looks like what would happen if Bannon were on Queer Eye pic.twitter.com/tuIT7IWwA8

Beneath this comment, she posted a side-by-side comparison picture with a shaggy looking Steve Bannon on one side, and a cleaned up, freshly shaved William Barr on the other.

Even though this tweet was intended as a joke, it is true that the two men look incredibly similar. Everything from their hair color to their body type is nearly identical. It seems like the two men could be brothers at the very least, if they are not, in fact, the same man, as Whittle alleges.

Whittle’s tweet had barely lasted a minute on Twitter before it went viral. It already has over 88,000 likes and 1,700 replies, most of which feign support for Whittle’s conspiracy theory.

For example, one user, Wayne Madsen, responded to Whittle’s tweet by saying:

“Bill Barr is Steve Bannon with a shave, a shower, and clothes that are not from the salvation army.”

Beyond his resemblance with Steve Bannon, perhaps what’s more shocking is Barr’s quick response to Robert Mueller’s report. It took Mueller almost two years to create his report, but it took William Barr less than two days to draw his conclusion that the report did not present sufficient evidence to prove that Trump is guilty of colluding with Russia to get elected. 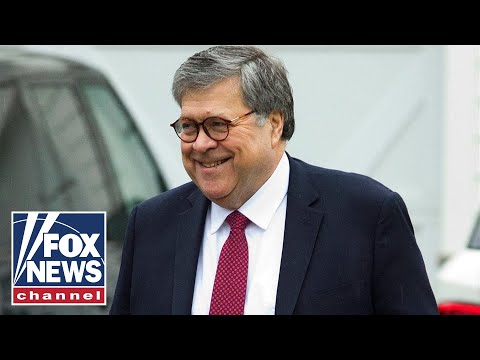 This surprisingly quick response by Barr has many people thinking that he is just another die-hard Trump supporter who wants to do anything to keep the president in office, just like Bannon.

Barr has not released the entire report yet to the public, but he has presented his summary to Congress. Mueller’s report did not officially exonerate President Trump, and neither did Barr’s statements. However, it is still a significant victory for the Trump administration.

Trump Escapes Yet Another Dodgy Situation

Throughout his career, President Trump has had a history of beating difficult odds and escaping dodgy situations. From taking massive real estate risks to recovering from high profile commercial bankruptcies to beating a field of seasoned political veterans to win the presidency, it appears that Donald Trump is going to skate away cleanly from another sketchy situation.

Whether this is because Steve Bannon and William Barr are the same person or because Trump and the key officials around him have an innate ability to get out of trouble, remains unclear.

However, given the fact that Trump tends to say and do outrageous things, his recent victory is a reprieve – but give him time. Trump has a way of getting himself into trouble, and one day his luck might just run out.

And Democrats are eagerly awaiting the day that it does.