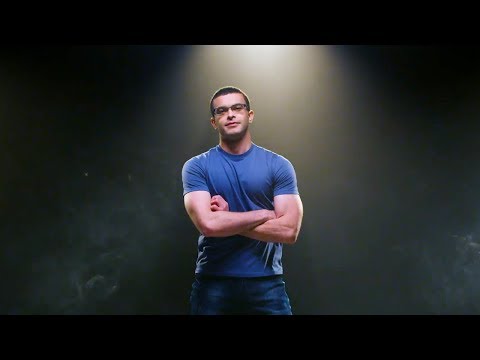 Starting from Sep. 1, 24-year old Nick Eh 30 will stream exclusively on Twitch abandoning a berth as YouTube’s leading streamer with an average audience of around 400,000 once live and on-demand views are factored in. He also brings along impressive social numbers with nearly 500,000 Twitter followers and 2.5 million Instagram followers.

The news follows on from Fortnite streamer Tyler ”Ninja” Blevins high profile switch from Twitch to Microsoft-owned Mixer earlier this month. Suggestions that Nick Eh 30 is set to inherit Ninja’s Twitch crown are somewhat presumptuous, but it’s clear that Twitch has poached one of the streaming landscape’s most significant assets.

Welcome to the family, @NickEh30 and the Eh Team. https://t.co/WeGtdw0sZn

Nick Eh 30 cultivates a family-friendly brand that differs from the oft coarse language and topics of discussion that permeate the broadcasts of Twitch’s biggest streamers such as Dr. Disrespect and Shroud. In that sense, he would indeed be filling the void left by Ninja, who attracted younger viewers.

The Reasons Behind The Switch

As for why Amyoony would ditch the comforts of his habitual YouTube stomping ground for the relative uncertainty of Twitch, the answer isn’t immediately apparent.

The echoes of PR-vetted wording courses through the above and although neither Nick Eh 30 nor Twitch shared the details of the partnership, the pull of a hefty financial deal must have facilitated the decision.

Streaming Is No Longer About Platforms, But Content Creators

For YouTube the news must come as a blow. Despite dominating the on-demand video market for the better part of a decade, the platform still struggles to make significant inroads into live streaming. The possibility of the Google-owned giant retorting with an equally high profile acquisition has many looking on with baited breath.

But, what Nick Eh 30’s move certainly does is further reinforce the idea that the live streaming landscape is no longer about platforms. It’s about the content creators themselves, who have become the currency with which Twitch, Mixer, and YouTube ensure viewers visit their platforms and by extension guarantee their relevance.