Turkey’s blind rage to destroy the Kurdish rebellions in north-east Syria could leave it on the brim on economic collapse.

Since the day President Recep Tayyip Erdogan ordered the “Peace Spring” offensive, the Turkish lira dropped 1.66% against the US dollar. The move downhill extended the currency’s month-to-date decline to 4.11% to establish a four-month low of $5.90 per lira.

The drop followed a year of lira stability and its eventual role in decreasing inflation in Turkey. The Central Bank of Turkey (CBT) has reduced interest rates since July – from 24% to 16.5% – to boost lending. That left the country’s stock market in slightly healthier shape, with the benchmark BIST 100 index (INDEXIST: XU100) surging by more than 26% between May and September 30.

In October, however, the index fell by more than 7.75%, registering one of the worst stock market performances in 2019. The drop – again – borrowed its sentiment from the Turkey-Kurds conflict, leading money market traders TRYAM3L3MF3M= to predict that CBT would introduce more cushion rate cuts.

NATO, Arabs Stand Together Against Turkey

TRYAM3L3MF3M=’s prediction demonstrates how adverse market reactions to the ongoing Syrian conflict are undoing the CBT’s efforts to boost Turkey’s $766 billion economy. The situation could get worse should the United States threaten to smack Turkey with financial sanctions.

According to an unnamed banker associated with the CBT, those potential sanctions are the “biggest threat” the Turkish economy faces.

He told Reuters that “relations with the United States are an important concern” that President Erdogan’s government “cannot figure out yet.”

US congressional leaders, including Senator Lindsey Graham (R-SC), threatened additional sanctions on the country. Graham, an ally of President Donald Trump, rebuked the administration for pulling out US troops from the Syrian region, leaving Kurdish allies exposed to the assaults of the Turkish military and militant group ISIS.

Every concern I had about President Trump’s Syria decision is coming true in spades.

➡️ The reemergence of ISIS is on the way. And if you think only Europe is threatened — you are sadly mistaken.

Meanwhile, France and Germany confirmed that they are halting weapon exports to Turkey in light of recent events. A broader European Union committee will meet on Monday in Luxembourg to strategize further actions against Turkey. 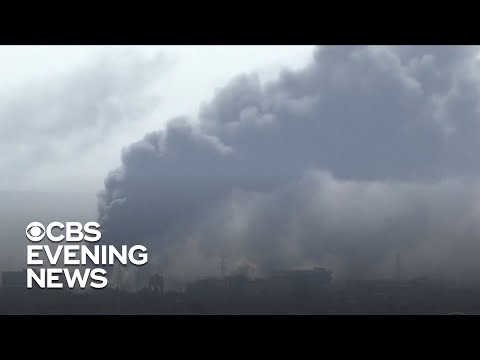 The Arab League also joined the anti-Turkey movement in an emergency session held in Cairo, calling for the United Nations Security Council to end military and intelligence support to Turkey.

Chief Ahmed Aboul Gheit called Operation Peace Spring an “invasion of an Arab land” and said the league would attack Turkey on all ends – economically, militarily, and diplomatically – if necessary.

Elsewhere, thousands of protestors took to streets of major European cities in dissent of the Turkish assault. They waved Kurdish flags as they shouted attacks against Erdogan and Trump, calling them “serial killers” and “terrorists,” among other things. But the core of every protest – be it in Paris, Bordeaux, Nicosia, or Budapest – was demand for stronger sanctions against Turkey.

“Turkey is trying to carry out an ethnic cleansing and reinforce jihadism… to make the West kneel,” said Agit Polat of the Kurdish Democratic Council in France.

“Since the beginning of the Turkish army invasion operation, dormant Daesh cells have committed attacks. At all costs, there must be concrete economic sanctions from the European Union and the United States vis-a-vis Turkey.”

If those sanctions materialize, Turkey’s economic recovery could come to a halt – or reverse entirely. As the CBT imposes more rate cuts, the side-effects are higher deficits, borrowing costs, and inflation. Meanwhile, a stricter approach from NATO and the Arab League could choke Turkey’s tourism sector, which makes up to 6.5% of its GDP.

Ulrich Leuchtmann, head of forex research at Commerzbank in Frankfurt, said broader sanctions against Turkey would push its economy back into a recession.

“It would change the economic picture of Turkey totally and we would have to take into account the possibility of a new recession in a situation,” he told Reuters.

Meanwhile, President Trump threatened that he could “devastate Turkey economically” if he chose, but this morning he said it was “very smart” for the US to remain out of the conflict.