Joe Walsh is exasperated. The one-term Republican congressman and talk radio host tried to primary a sitting president and failed. What did he expect?

Joe Walsh calls the GOP a "cult": "(Trump's) a threat to this country. He can't be stopped within the Republican party. … The conservative media world, Fox News and all the rest wouldn't give me the time of day. … They bow down in front of their king" https://t.co/ff5IuwAZzg pic.twitter.com/5EkjDcSokm

Walsh says there’s no point in continuing to challenge Trump within the GOP. He’s just too popular with Republicans. He finds their devotion cult-like.

In a CNN interview Friday, he lamented:

He can’t be stopped within the Republican Party. Nobody can beat him. It’s Trump’s party, John. It’s not a party, it’s a cult… the party has become a cult…

But this is not really different from the GOP of presidents past.

Nor is it any different from the Democratic Party.

Both political factions share many characteristics that experts have documented in cults. This was already true long before Donald Trump, and it will be true long after he’s gone.

Dr. Michael D. Langone is the Executive Director of the International Cultic Studies Association (ICSA). He is an American counseling psychologist. And he has helped hundreds of former cult members and their families.

Langone developed a checklist of “Characteristics Associated with Cultic Groups.” It’s a tool for people to evaluate groups and relationships they’re in.

Do any of these remind you of Trump supporters and Obama supporters?

The group displays excessively zealous and unquestioning commitment to its leader and… regards his belief system, ideology, and practices as the Truth, as law.

Questioning, doubt, and dissent are discouraged or even punished.

Like how Trump reacted to Rep. Justin Amash for supporting impeachment. But Obama did the same when Rep. Peter DeFazio voted against his stimulus bill.

The Cults of Trump and Obama 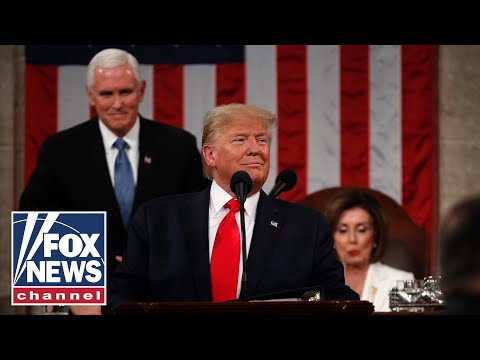 Mind-altering practices (such as meditation, chanting, speaking in tongues, denunciation sessions, and debilitating work routines) are used in excess and serve to suppress doubts about the group and its leader(s).

The parties use chants and mantras excessively.

And endless denunciation sessions of the other side have led to the hyper-polarization of partisan politics. The negativity was unusually bad in 2016. But it cut both ways.

[T]he leader is considered the Messiah, a special being, an avatar—or the group and/or the leader is on a special mission to save humanity.

The successful presidential candidates are the ones most effective at branding themselves this way. Donald Trump presented himself to Americans as a transformational savior figure. But Obama certainly did too.

The group has a polarized us-versus-them mentality…

Isn’t that the entire point of political parties?