Special Counsel Robert Mueller’s long-awaited report is finally out, and it is not good news for the Democrats who believed it would be their golden ticket to oust President Donald Trump in 2020 – if not sooner.

Many senior Democrats had already started distancing themselves from the probe fearing that it would not amount to much. Those fears have been borne out with a Justice Department official confirming to Reuters that the sealed report does not recommend any further indictments.

In other words, 23 months after the start of a probe that many of Trump’s opponents hoped would be his “Starr Report” moment, the probe has ended with only a few minor indictments against former Trump campaign staffers. There are, of course, still a number of legal actions against Trump currently underway, notably in the Southern District of New York where his campaign and people around it still remain very much under investigation. Even for the most optimistic Democrat, however, this must feel like scant hope.

Something Donald Trump has repeatedly established about his candidacy and subsequent presidency is that he can survive scandals and situations that would ordinarily bring down any prominent politician. The Democrat strategy of waiting for Mueller’s report to provide a basis for impeachment proceedings only succeeded in wasting two years.

In that time, Trump has aggressively pursued a deregulation agenda and achieved a conservative Supreme Court majority by getting Brett Kavanaugh confirmed. Kavanaugh has started repaying the “investment,” recently casting a crucial vote in a 5-4 judgment that gave Trump a victory in his immigration reform agenda.

Amidst all of this, the Democrats clung to hopes that the Mueller report would give them the ammunition to boot Trump from office. Now that this is clearly not happening, the Democrats have again been left with a metaphorical pie smeared on their faces. There will no doubt be a barrage of typically triumphalist Trump tweets to make the point that the political “witch hunt” against him is over.

The Democrats can have no complaints because unlike the Republicans who have found a way to work together on a unified vision behind a decidedly non-standard Republican president, liberals have spent the past two years fighting each other, proposing taxes on cow farts, and sitting on their hands waiting for Uncle Robert to work magic for them.

What Does This Mean For Trump Going Forward? 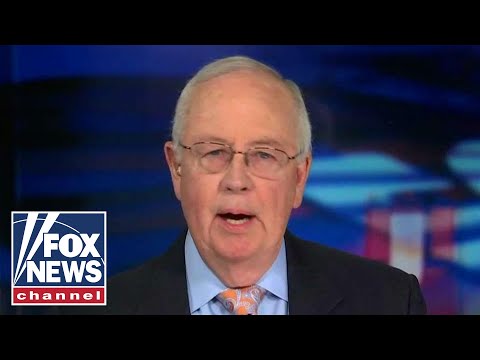 Still, the president is not completely off the hook just yet. Up to 70 separate indictments and lawsuits relating to his election campaign continue to make their way through the courts. While those close to him claim that they are not worried in the slightest bit about these issues and that he is not personally under investigation, these actions will at the very least be a significant irritation.

Nevertheless, the fact remains that the biggest challenge to Trump’s legitimacy was the outcome of the Mueller report. Now that the report has likely turned up nothing, there is every probability that even a Democrat-controlled Congress will be unwilling to go after Trump much further, lest it come across as a politically motivated witch hunt. Speaker Nancy Pelosi has already all but ruled out the possibility of an impeachment hearing, so as far as that dream goes, it is probably safe to say it’s a wrap.

Trump won this one.