Donald Trump has always been a vengeful man – and now he’s taking aim at TikTok.

Still reeling from the platform’s instrumental role in the infamous Tulsa rally debacle, President Petty struck back. He issued an executive order banning the social media app from being used in the United States – unless it’s sold to an American company within 45 days.

Some of the app’s biggest stars fear they’ve become the target of Trump’s latest tantrum simply because they embarrassed him with that epic Tulsa rally prank.

While that would sound far-fetched if it were any other president, can anyone honestly put it past this one?

Is ‘National Security’ Just a Cloak for Trump to Take Revenge?

Sure, the Trump administration claims their biggest concern about TikTok involves “national security.” And, to be fair, the app’s data collection policies and ties to the Chinese government raise eyebrows.

You’d be a fool to think that’s all there is to it, though.

Anyone who’s watched Trump’s behavior in office can see there’s more at play than national security (or, even more laughably, boosting the American economy).

Trump, the biggest troll on social media, is mad that a bunch of teenagers trolled him in gloriously public fashion.

The President’s threat to shut down the platform also comes a month after a stunt organized mainly through TikTok may have led to a sparsely-attended Trump campaign rally in Tulsa, Oklahoma. In the days leading up to the June 20 rally, a coordinated effort was underway on TikTok encouraging people to register online for the free event and not show up.

TikTok Stars Think So – And Can You Really Blame Them?

They allege Trump doesn’t really care about TikTok’s data policies. They claim he’s behaving like a sniveling child who refuses to admit he got played. Not a grown man in his 70s who is supposed to act as though he’s the President of the United States.

And really, given what we know about Trump, can you blame them? 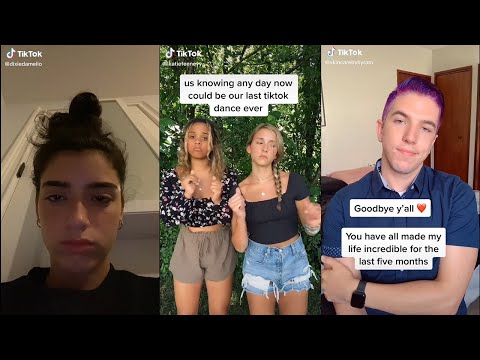 Booker, for his part, thinks Trump’s scheme is going to backfire. He predicts the president won’t succeed in stifling criticism. All he’ll do is force people to take their energy to another social media platform and strike back against him even harder.

Trump has absolutely no reason to be angry at TikTok for what went down in Tulsa. He should direct his ire to his (now-former) campaign manager for being so hilariously incompetent.

And most of all, he should be ashamed of himself for being such a vengeful, vile man who is more concerned about “getting even” than governing.

Of course, that would require personal responsibility – and Trump has never been known for that.