Donald Trump rubbed his crystal ball (otherwise known as looking at polling) and has come up with his most likely Democratic opponents. Unsurprisingly his prediction is for “Crazy” Bernie Sanders and “Sleepy” Joe Biden to come out on top.

I believe it will be Crazy Bernie Sanders vs. Sleepy Joe Biden as the two finalists to run against maybe the best Economy in the history of our Country (and MANY other great things)! I look forward to facing whoever it may be. May God Rest Their Soul!

What is perhaps most interesting about this tweet, is it encapsulates precisely why Trump and his supporters remain so confident that he will be President in 2020. It comes down to the simple fact that while a President presides over a strong economy, statistically he is hard to unseat. Each time The Donald is fretting over his weak poll numbers, he can calm himself by looking at the job numbers and the GDP.

For Bernie Sanders, in particular, the strength of the US economy is a problem. Widely viewed as leaning further left than many of the other blue candidates, Trump could sow a powerful fear campaign. With many 401ks looking exceedingly full around the country, the current President could suggest that a vote for Bernie and his healthcare plan would crush the Dollar, tank the Dow Jones and send the healthcare industry spiraling into chaos. How easy it will be to make people worry about this, will depend on how high the markets are in 2020. It seems prudent to assume that Trump’s chances of winning against Bernie tick up strongly with each point the Dow moves higher. 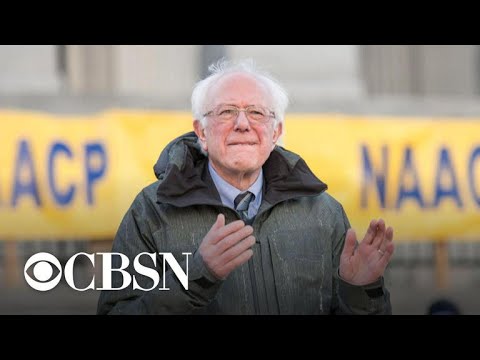 Joe Biden is a different kettle of fish entirely. The former Vice-President to Barrack Obama is perhaps more known among young people for the memes than anything else.

As an elderly white male, J.Biden is hardly the candidate that Democrats would like to help supercharge recent voter-trends. What Joe is, however, is a moderate candidate who could attract the educated, suburban Republican vote that Trump has appeared to lose in the mid-terms.

It is unclear if the accusations of improper conduct with women will be insurmountable. Trump overcame some damning audio and an avalanche of affair and assault allegations, but the Democratic base will be less lenient on Biden. The complaints will also make it harder for the former VP to take the moral high ground. Ultimately, this could hurt the vital mission for the female vote.

Trump Widely Expected To Win in 2020

Biden’s edge over Bernie will be that he is the most market-friendly Democrat. Lori Calvasina, RBC’s head of U.S. equity strategy is quoted in a CNBC article confirming that Wall Street expects Trump to triumph, and affirming Biden’s Dow friendly persona,

“Most expect Trump to win in 2020, but there’s still some nervousness around the event. Sixty-seven percent of our March 2019 survey respondents believe that Joe Biden is seen as the most acceptable Democratic candidate by the stock market”

Unfortunately for Bernie, as we mentioned before, Ms. Calvasina confirms that most view him as the kiss of death for stock markets,

“Early polls for 2020 Democratic Presidential Nomination are favoring Joe Biden. Bernie Sanders comes in second place, by a 7-point spread relative to Biden; however, Sanders is seen by our Survey respondents as the second least acceptable Democratic candidate by the stock market.”

Democrats know their biggest obstacle is not Trump, but the strength of the US economy. Why else do you think the President wants the Fed on hold? With the Dow Jones close to 30,000, he’d be nearly unbeatable.