US President Donald Trump is desperate to strike a new trade deal with China so that he can pump up the Dow and enter the 2020 election season with a booming stock market on which to hang his campaign platform.

That’s the cynical, yet still shocking, claim from Trump administration insiders who are spilling their secrets to the national media.

Early this morning, Bloomberg reported that Donald Trump is well aware that positive news on the US-China trade front has repeatedly pushed the stock market higher. Anonymous administration sources added that he is terrified that failure to bring a swift conclusion to the tariff war will drag the Dow and its peers back into bearish territory.

“As trade talks with China advance, Trump has noticed the market gains that followed each sign of progress and expressed concern that the lack an agreement could drag down stocks, according to people familiar with the matter.”

Those anonymous officials further stated that Trump’s advisers have sought to coax him into ending the trade war by telling him that it will help the Dow pound to new all-time highs.

“Trump’s economic team has told him an agreement will unleash a market rally, said the people, who requested anonymity to discuss internal deliberations.”

However, Trump isn’t just concerned about day-to-day movements of the Dow Jones Industrial Average and their impacts on investors. Sources say that his true motivation is far more self-serving.

Separately, CNBC reported that the president believes a strong stock market is crucial to his reelection bid. Though he claims to care about the US trade deficit, his current priority is to reach a new deal quickly so that the stock market rally his advisers promised him has plenty of time to juice the wheels of Wall Street before election day arrives.

“The sources said Trump wants a rally as he gets set to run for a second term and has decided resolving the U.S.-China trade dispute can make that happen.”

Indeed, with the exit of Wall Street-friendly politicians Hillary Clinton and Michael Bloomberg from the Democratic presidential primary, it’s likely that Trump will end up squaring off against a politician who at least espouses the Green New Deal ideology, if not Bernie Sanders himself, who helped catalyze the ascendance of so-called “democratic socialism” within US politics. Such a juxtaposition would allow Trump to position himself as the stock market’s friend and his opponent as its foe. 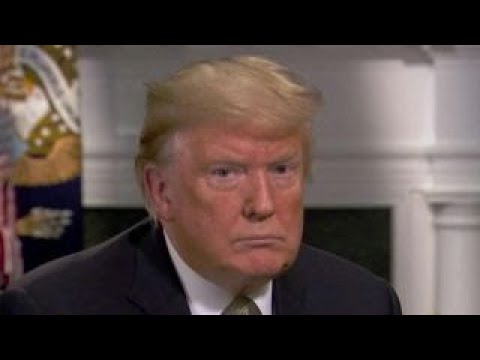 Trump, as CCN.com reported, has frequently taken credit for the stock market rally that followed his election and inauguration, pausing only to blame for the Federal Reserve for the hiccups that have occurred along the way.

The only problem our economy has is the Fed. They don’t have a feel for the Market, they don’t understand necessary Trade Wars or Strong Dollars or even Democrat Shutdowns over Borders. The Fed is like a powerful golfer who can’t score because he has no touch – he can’t putt!

Last month, he even claimed that the Dow would have lost a staggering 10,000 points if the Democrats had swept the 2016 elections instead of the Republicans.

Had the opposition party (no, not the Media) won the election, the Stock Market would be down at least 10,000 points by now. We are heading up, up, up!

Hanging his hat on the state of the stock market is a risky play, considering that the US economy has gone a full decade without a recession and an increasing number of analysts warn that one could hit soon.

However, given that nearly two-thirds of voters think that he committed crimes before becoming president and 45 percent believe that he has since assuming the office, that play might be the best one he’s got.

Better tell that Plunge Protection Team they need to work some overtime.

"Please listen carefully, as our menu options have changed. If you wish to report a crime committed by an algo press 1. For all other market related complaints please stay on the line and Steve Mnuchin will pick up"