When the going gets tough, Donald Trump calls in his secret weapon; ego-stroker and My Pillow CEO, Mike Lindell.

Mike Lindell has some comforting words for President Donald Trump. But that should come as no surprise since he’s the CEO of My Pillow.

Sadly, Trump could enlist the CEO of every comfort brand in the world, and he still won’t be able to rest easy in 2020.

We all know that Trump loves the sound of his name. Unfortunately, it’s usually followed by some synonym of “terrible,” “awful,” or “disgraceful.”

But not when Mike Lindell is in town.

One hundred percent, he’s going to carry Minnesota. I promised him that. 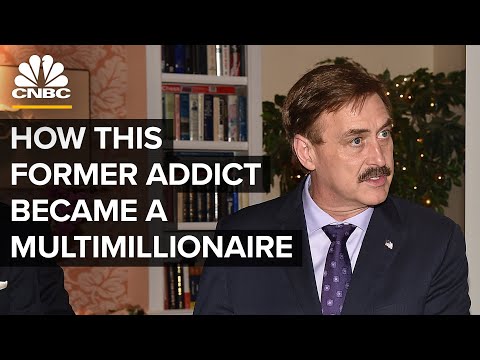 What a nice thing to hear. He’s so positive. He even recommended against Trump making mean-spirited campaign ads.

The president likes my opinions obviously with ads — I do put out a lot of ads. My ads would all be positive. Here’s a problem, solution, and here’s what it’s going to manifest to.

And that’s likely where the president draws the line. Solutions? Pfft.

If Trump bases his campaign on his track record with ‘solutions,’ then he doesn’t stand a chance. Not even against ‘Sleepy Joe’ Biden.

Trump Is Feeling the Heat

Why is Mike Lindell suddenly making an appearance? Why is he gloating over Donald Trump? You guessed it: because things are going terribly.

After riling jittery Americans out of lockdowns, the United States is on the precipice of a second-wave of covid-19 spread. Even worse, some experts believe that Trump has been pushing to reopen while we’ve still been in the first wave.

A second wave implies that the first wave has disappeared and reappeared. I don’t think that is what we’re seeing here in the U.S.

As scientists continue to tout the effectiveness of masks, Trump continues to recommend against them. And cases continue to surge.

Maybe Mike Lindell has been tuning into the protests that started in his state of Minnesota. That could be why he’s trying to reassure Trump.

He likely sees the terrible effects of Trump’s ‘solution.’ He was roundly criticized for his bible & tear gas stunt. 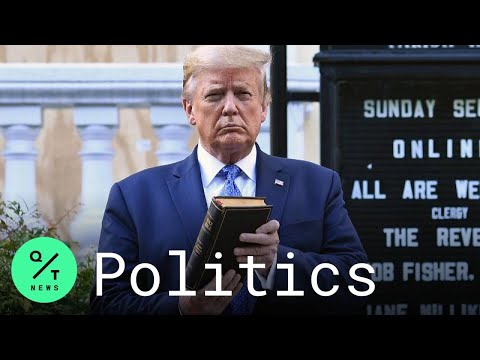 Now polls show that 63% of Republicans think the country is heading in the wrong direction.

Joe Biden is leading Trump in national polls by nearly 10%.

Of course, Mike Lindell is unphased.

We don’t put any stock in public polls. They’ve always been wrong about President Trump as we learned in 2016.

If there’s one thing that Trump does have a knack for, it’s brainwashing his friends.