If Democrats are fiercely determined to tell the former Apprentice star, “You’re fired!” Republicans in Washington are pushing back with equal ferocity.

GOP Pushes Back Against Trump Impeachment

At a campaign rally in Kentucky Monday, Sen. Rand Paul, who has been a staunch defender and close partner with the Trump Administration, called on the media to publish the name of the whistleblower. “Do your job and print his name!” Paul bellowed to cheers: 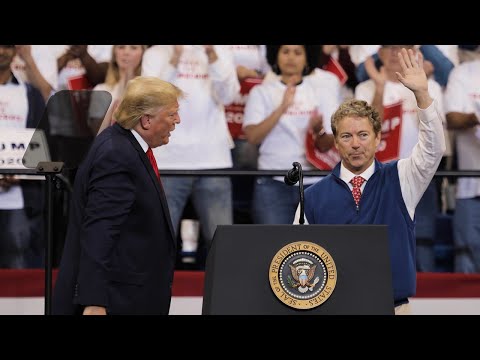 At a campaign stop in Mississippi last week, the president ridiculed the idea that he needs Ukraine’s help to defeat “Sleepy Joe” Biden in the 2020 election. Trump reminded rally goers that in 2016 he single-handedly defeated both the Clinton and Bush dynasties.

"Clinton, she was easy. Obama was easy. The Bush dynasty was easy — but Sleepy Joe I'm worried about. So then I say to myself, 'Gee, I guess there's only one way. Let's call up Ukraine for help.'"

If the House votes to impeach Trump, he’ll face a trial in the U.S. Senate, which is controlled by his party. Over the weekend, the Washington Post reported that Republican Senators are preparing to acknowledge that Trump offered a quid pro quo of U.S. support for information about Joe Biden to the Ukrainian president, but did not break any laws.

Trump Ukraine Investigation: A Russia Collusion ‘Nothing Burger’ All Over Again? 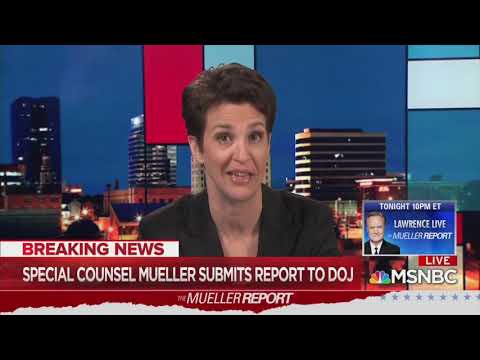 A clear discussion of the legal theory of impeachment (or even a reference to it) is curiously absent from much of the political discussion and media coverage of the latest Trump scandal. Many of the top news stories insinuate that the president is guilty of “misconduct” or “corruption,” without explicating what law he is alleged to have violated.

On Monday a political analyst for Newsweek asserted that the Senate GOP’s line of defense “makes no sense legally,” but doesn’t explain why.

In late September Rep. Sean Patrick Maloney (D-NY) argued on the House floor that Donald Trump violated the law even if he didn’t state a quid pro quo in his conversation with the Ukrainian president. But Maloney never mentioned which law the president broke, much less offer a legal argument as to how his actions violated the law.

Last Friday MSNBC’s Rachel Maddow speculated that the previous Ukrainian president may have received a 2017 White House meeting in exchange for closing an investigation into Trump campaign manager Paul Manafort.

But Maddow merely offered a tantalizing theory along with circumstantial evidence to whip up her rabid partisan audience, not a smoking gun, and no substantive legal argument.

After Robert Mueller closed the FBI’s two-year investigation into the matter this March with no indictments, Maddow appeared at times to hold back tears as she reported the news in a bizarre segment on her show.

Fired Trump White House communications director Anthony Scaramucci argued on CNN Monday that Trump’s conversation with the Ukrainian president was a “prima facie” violation of the Federal Acquisition Regulation (FAR) rules. Prima facie means “on the face of it,” in other words, that the violation is obvious at first glance.

But that’s hardly the case. Nowhere in the transcript of the phone call is there an explicit offering of “this for that.” If it were so obvious, then why did Rep. Adam Schiff feel the need to completely rewrite what the president said during a Congressional hearing a month ago? Schiff backpedaled soon afterward and called his remarks “parody.”

The most plausible theory of impeachment is that Trump violated the Federal Election Campaign Act of 1971 with his phone call to the Ukrainian president.

Democrats will have their work cut out for them, because Hillary Clinton explicitly took millions of dollars from foreign governments while she was secretary of state and gearing up for her 2016 presidential campaign.

Just as Trump’s critics have largely eschewed direct legal arguments for safer, squishier ground, Clinton’s supporters often sidestepped legal questions about the Clinton Foundation in 2016. James Carville justified it based on all the charity the foundation does.

But Hillary Clinton’s foreign donors like Saudi Arabia and Qatar received special access and favorable treatment from her State Department.

That won’t play well if she chooses to run in 2020 for a Clinton-Trump rematch.