President Trump is taking shots at the Bidens (pictured above), but not for the reasons you think. | Image: REUTERS/Jonathan Ernst/File Photo

President Donald Trump has been all over the media, calling for an investigation into former VP Joe Biden and his son Hunter’s dealings with the Ukraine. 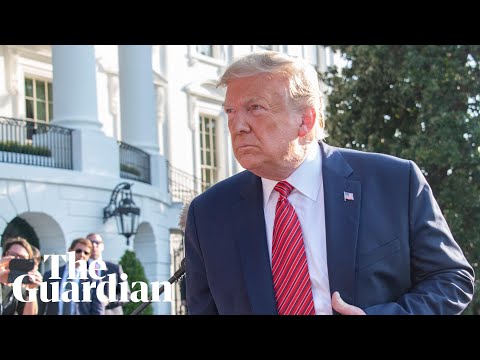 There are number of reasons why Donald Trump is jawboning this issue, but there is a critical one that everyone seems to be missing.

Not Everything Is As It Seems

On the surface, it appears that Donald Trump is simply striking back at Joe Biden with the same hoax accusation that has been leveled against him.

That is, Trump has been accused of making a “quid pro quo” deal with Ukraine, and that he would release hundreds of million dollars in aid to the country in exchange for them agreeing to investigate Joe Biden.

That is yet another piece of nonsense cooked up by the Democrats.

So it isn’t surprising that Trump would take circumstantial evidence of Hunter Biden’s sweetheart deal with a Ukrainian energy company, in which he was paid $83,000 a month despite having no qualifications, and try to turn that into political hay.

But that’s not the only reason he’s slamming Joe Biden.

Another reason is that he’s trying to weaken Joe Biden and turn public opinion against him, particularly from Biden’s own party.

It isn’t for the reason you think, though – i.e., that he sees Biden as being his opponent in next year’s election. Even if that were the case, Trump certainly has nothing to lose in slamming Biden this way.

No, the real reason is that he wants to weaken Biden because Trump is dying to face off against Elizabeth Warren. 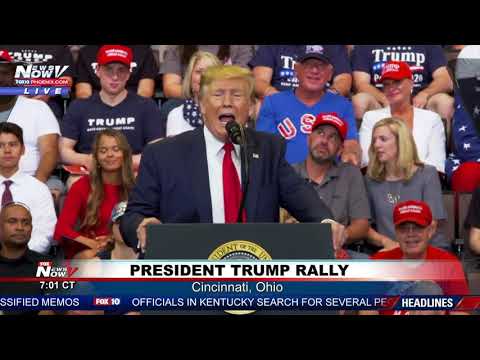 With Bernie Sanders’s campaign now looking increasingly weak, that only leaves Biden and Elizabeth Warren as viable candidates. If Trump gets rid of Biden he can square off against Elizabeth Warren, who he clearly sees as the weakest candidate.

He’s not wrong, and so far, it looks like that may be the case.

Elizabeth Warren comes into an election with a tremendous amount of baggage. Yes, she will have the support of her friends on the radical left, as well as much of the Democratic base.

However, she will face a real uphill battle with independents and possibly even moderate Democrats.

For starters, she simply doesn’t have the qualifications.

Her brief tenure in the Senate hardly qualifies her to be president. Prior to her election, she spent years as a leftist policy wonk, and is credited with being the so-called architect of the Consumer Financial Protection Bureau.

Trump will have a field day making Elizabeth Warren look ridiculous, weak, ineffectual, and as a finger-wagging socialist.

Even worse, he will destroy her in the media and in debates by pointing out how she appropriated Native American culture in order to advance her own educational and professional career.

America does not like cheaters. The Native American community, whose voices are rarely heard, will rise above the din and unite against Warren.

Americans will be presented with the optics of a thin and frail looking older woman against a larger-than-life presidential figure and Donald Trump.

You put that image on a screen along with the words, “Who do you want sitting across from Vladimir Putin?”

And that will become Donald Trump’s winning message.