In a sickening plot twist, Republican lawmakers allied with Donald Trump seem to be suggesting that the elderly put their lives at risk to save the American economy.

In a Fox News interview, Lt. Gov. Dan Patrick (R-TX) said many grandparents would be willing to die from coronavirus if it meant saving the economy for their grandchildren.

I just think there are lots of grandparents out there in this country like me — I have six grandchildren — that’s what we all care about … And I want to live smart and see through this, but I don’t want the whole country to be sacrificed. And that’s what I see.

Trump Is Desperate to Restart the Economy

Patrick’s comments underscore Donald Trump’s desperation to see the economy get back on track before election season. But the prospect that thousands of Americans are willing to die from coronavirus to save the economy seems a bit far fetched.

The Texas politician’s remarks came shortly before President Trump said he wanted to lift lockdown measures despite health officials’ warnings not to.

America will, again, and soon, be open for business. Very soon. A lot sooner than three or four months that somebody was suggesting. Lot sooner. We cannot let the cure be worse than the problem itself.

Trump has a point. Allowing the country to slip into a recession that would crush entire industries would have a detrimental impact on the American public. But Patrick’s suggestion that the elderly risk their lives is shockingly insensitive, not to mention factually dubious.

While it’s true that Covid-19 has a higher death rate among senior citizens than it does younger demographics, researchers caution that it could be dangerous for infants too. The American Academy of Pediatrics published a study showing that the rate of critical illness in infants with coronavirus was an alarming 10.6%.

Nor does the idea that the elderly simply come to terms with the risks of coronavirus take into account the domino effect that will have on the healthcare system.

If social isolation is abandoned to “save the economy,” there is no question that hospitals will be overrun with coronavirus patients. That is likely to happen already, even with the precautions in place.

The Scary Truth About Coronavirus Spread

This would put everyone needing medical attention at risk. It raises the question of how to ration care— a question that Italy is already facing. Age and underlying conditions become a factor in whether or not a patient should receive care. In the U.S., healthcare coverage could also become part of the equation.

The implication that the elderly aren’t worth saving if it will crush the economy is despicable. That kind of sentiment has resulted in deaths in Spain where elderly care homes were abandoned and residents left to die.

Protecting the economy is important, but by allowing coronavirus to spread unabated, Donald Trump might be doing more harm than good. According to former FDA Commissioner Dr. Scott Gottlieb, the healthcare system collapse would leave millions across all age groups to suffer and potentially die— not just the elderly.

He went on to say that Trump forgets that although the coronavirus death rate among middle-aged people is lower, it would grow exponentially if they did not have access to hospitals.

This pathogen brought China to a standstill, with perhaps greater lethality than Spanish Flu. Many middle-aged people are suffering long stays in ICU and survive only after weeks of critical care. Make no mistake about it, this pathogen spares nobody, except thankfully the young. 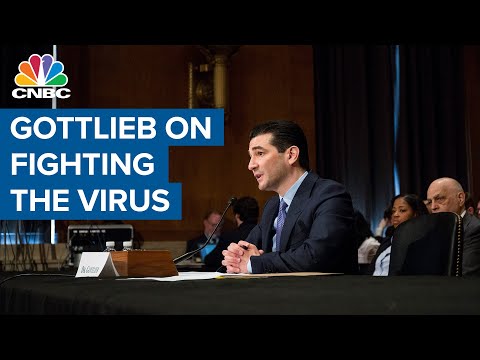