Elon Musk believes that autonomous cars will be the Holy Grail for Tesla, but it is losing out to a deep-pocketed rival that has been making tangible, real-world progress in this space. Alphabet’s (NASDAQ: GOOGL) self-driving car subsidiary – Waymo – has just announced that it will be trialing an autonomous airport transfer service in the French capital of Paris.

The goal is to offer a convenient way for people living in the Île-de-France area where #Paris is located to get around, while also providing additional transportation options for tourists and international visitors to be ready for the Paris Olympic Games: https://t.co/RU0WicqBCD

Waymo takes another step toward the autonomous future

Waymo and Renault are working with Paris authorities to deploy a self-driving transportation route between the La Défense neighborhood outside Paris and the Charles de Gaulle airport. The authorities are hoping for the service to be ready in time for the 2024 Paris Olympic Games, and they have outlined an investment of €100 million to develop the required infrastructure.

The latest Waymo partnership in France comes close on the heels of the Alphabet subsidiary’s recent success with robotaxis in California. Waymo recently reported that its self-driving taxis ferried over 6,000 passengers during the first month of a pilot program in the state, clocking 4,678 trips during the month of July.

This means that Waymo’s robotaxis were averaging over 150 trips daily in California that month, an impressive stat considering that the program isn’t open to the general public yet. Only Alphabet/Waymo employees and their guests were allowed to take the robotaxis, which were required to have a safety driver behind the wheel.

Still, Waymo’s recent progress in the autonomous car space is noteworthy, as its performance proves that the technology is strong enough to be deployed in the real world. What’s more, Waymo has promised that it will soon have completely driverless cars on the roads – sans a safety driver.

Tesla, on the other hand, has been stumbling from one disaster to the other as Musk’s big mouth hasn’t translated into real-world progress.

The South African billionaire has made a slew of tall claims about how the electric vehicle maker is on track to transform the nascent autonomous car industry in a short span of time, leapfrogging rivals in the process and helping Tesla customers make $30,000 a year.

This is a vision @elonmusk talked about some time ago. By 2020 he expects 1m @Tesla #robotaxi's on the road which could earn their owners ca. $30,000 per year and cost less than current ride share apps. #Disrupt the disruptors. Love this guy! pic.twitter.com/2GfcgxSiUA

When the car is FSD without supervision, ie robotaxi, you’ll be able to earn far more than monthly lease/loan cost by allowing others to use it. Managing a small fleet of robotaxis will be a career for many & much better than driving a single car.

But Musk’s habit of making outrageous statements fails to translate into real-world performance. Take the much-hyped “Smart Summon” feature for example, which doesn’t seem to be performing as it should be.

If Tesla can’t get a simple summon feature that’s supposed to help the car navigate inside a parking lot, then Elon Musk’s estimate of having a million robotaxis on the road by next year is nothing but pure fantasy. 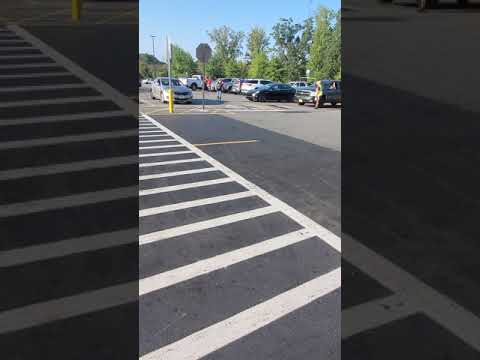 Waymo, on the other hand, is talking less and doing more to bring real self-driving cars that could operate on public roads seamlessly thanks to its technological advantage and massive experience. In fact, Waymo’s cars have covered over 10 billion autonomous miles in simulation and over 10 million miles on public roads.

It won’t be surprising to see Waymo crack the robotaxi market in the future and beat Tesla, as the latter needs to fine-tune its technology substantially. But unfortunately, all that Musk is doing is trying to sell something that is half-baked and could end up costing lives in a real-world scenario.