If you are a Tesla (NASDAQ:TSLA) investor, chances are that you would be extremely disappointed this year as the stock has lagged the broader market by a huge margin. Tesla stock has turned out to be a pathetic investment so far in 2019 even though Elon Musk has managed to deliver on some of his promises and unveiled the Cybertruck.

But analyst Alexander Potter of Piper Jaffray believes that Tesla stock is all set to zoom higher in the coming year. His $423 stock price target suggests a 25% jump over current levels, though this isn’t the only sensational claim Potter has made. The analyst believes that Tesla’s much-hyped Cybertruck – which appears to be bizarre at best – could hit annual sales of 200,000 units beginning 2023.

A delusional Tesla Cybertruck claim based on flimsy evidence

In typical Tesla fanboy fashion, Potter sings praises of the Cybertruck even before it has hit the market. Business Insider quotes him as saying:

The more we looked, the more we began considering the possibility that ALL OTHER pickup trucks might actually be pretty crummy, and that Tesla’s Cybertruck is the only pickup worth ordering.

Calling all other pick-up trucks that have been on sale for decades “crummy” for a vehicle that was showcased in a funny and goofed-up manner doesn’t seem like a very good endorsement of why Tesla can sell so many Cybertrucks a year. After all, Potter seems to be underestimating the intelligence of the millions of people who buy the current pick-up trucks in the U.S.

The Ford F-Series trucks, for instance, alone sold more than 214,000 units in the third quarter of 2019. Sales of the Ram Pickup stood at more than 161,000 units, while the Chevrolet Silverado moved more than 155,000 units. The quarterly sales figures of these models easily eclipse Potter’s two-year Tesla Cybertruck sales estimates.

So, dissing the current products on the market and calling them of poor quality is without any evidence. In fact, it would be right to call the Tesla Cybertruck a crummy product right now given the on-stage fail during the demo. 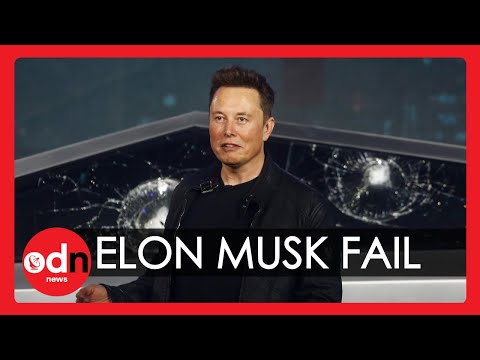 Potter’s prediction, however, might have been influenced by the so-called preorders for the Tesla Cybertruck. The vehicle has received over 250,000 orders already and initial deliveries are still a couple of years away.

This might have led Potter to believe that the Tesla Cybertruck will fly off the lot once deliveries begin. But that line of thought seems unjustified at best as the conversion of preorders into actual sales might not be very high when the time comes.

While Tesla fanboys might jump all they want, the company’s claim of impressive preorders for the Cybertruck hasn’t impressed the stock market. Tesla stock has actually declined in value since the Cybertruck was revealed in the last week of November.

That’s not surprising as the market is much more prudent when evaluating Musk’s claims at face value. After all, the preorders don’t count for much as Tesla took just $100 from each potential customer in the form of refundable deposits.

Tesla’s Cybertruck is available for preorder with a $100 deposit https://t.co/WrPh05Hwje pic.twitter.com/UKKlD1HXnT

The Cybertruck’s base model is priced at $39,900 and goes up to $69,900, excluding $7,000 for the full self-driving feature. So, asking customers to pay up thousands of dollars more to get their hands on the actual Tesla Cybertruck might not be an easy task, as $100 is not much of a commitment. Those who have paid just $100 might want their money back, and get an F-150 instead and save a lot of money.

This is why it isn’t a good idea to predict annual sales of the Tesla Cybertruck based on preorders. Potter is making that mistake, but luckily, the stock market isn’t as Tesla stock continues to languish despite Musk’s latest attempt to drum up some hype.