Novelty cookbooks are far too common these days. It seems like every TV show and game has its own recipe guide. But the stupidity of this trend is about to reach new heights during the 2020 holiday season with the release of Destiny: The Official Cookbook.

Destiny, of course, is a series of online multiplayer FPS games produced by Bungie. They’re not exactly heavily themed around food.

In fact, Destiny 2 doesn’t even have that much food in it. There’s one ramen bar in the game and a few little snacks – snacks that players can’t eat. It sort of makes the idea of a Destiny-based cookbook completely baffling.

Why a Destiny Cookbook of All Things?

Some novelty cookbooks do make sense. Bob’s Burgers, for instance, is a series all about cooking hamburgers. Releasing a cookbook featuring all of the burger recipes from the series makes a lot of sense.

Even the Fallout cookbook makes some sense. The series has cooking mechanics, after all.

These cookbooks only really start to get weird when they seem like they’re more about cashing in than about themed food. That’s really the case with the Destiny cookbook.

It’s sort of difficult to imagine any recipes which will actually have all that much to do with Destiny at all. Even a ramen recipe supposedly themed around the in-game noodle bar will basically just be a standard recipe for ramen.

What Food Would the Cookbook Even Feature?

There are a few items of food in the Destiny games that will presumably be found in the cookbook.

Each Halloween, the game is filled with candy and chocolate coins, so that’s obviously an option. There are also rice cakes and mint-scented bowls, both of which are intended for animals. 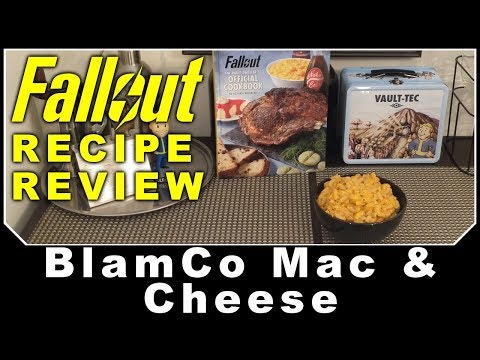 From what little information we have about the book so far, it seems like the rest of the recipes will be reaching for a connection to the games. The front cover features fried chicken, some sort of spherical snack (hushpuppies?), and what looks suspiciously like sausage rolls.

It’s difficult to imagine what on earth any of those recipes have to do with Destiny. Either they’re going to have some sort of flimsy lore connection, or worse still, the writer will just call them something like “Guardian’s Favourite Chicken.”

Either way, we’re going to end up with the worst game-based cookbook so far. Expect to be disappointed by this gift under your tree next Christmas.

In all likelihood, the food in the cookbook will taste okay. The book is being written by Victoria Rosenthall, who also wrote the Fallout cookbook. By all accounts, the food in that book was actually pretty good.

It did suffer from some serious thematic issues, though:

Recipes like “Blamco Mac and Cheese” are basically just normal recipes with funny names. It’s literally just macaroni and cheese, but we call it something different. You sort of have to wonder what the point of it all is. The dressing is really just a ploy to get fans to spend their money.

In this day and age, there are worse ways for companies to hold you by the ankles and shake you down, but of all of those ways, this is the dumbest.