From gorgeous, immersive worlds to compelling narratives that surpass Hollywood’s best efforts, it’s unanimously agreed that video games are an interactive art form. Yet, as much can be said of the act of playing, especially in the case of this anonymous Time Crisis II player. 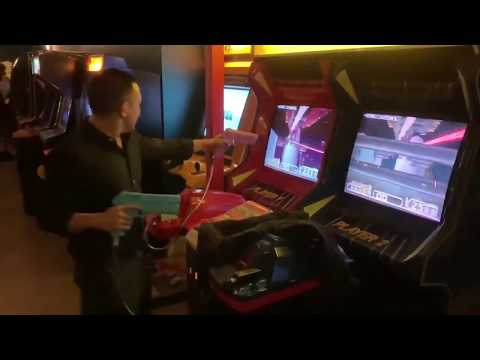 As DC Comics editor Andy Khouri recounts in a series of tweets, this gentleman strode into an arcade over the weekend, making a beeline for the beefy, dual screens of the Time Crisis II arcade machine. A performance heaped with theatrics – and a mastery few of us even contemplate attaining – soon followed.

Armed with not one, but two of the arcade shooter’s iconic pistols, he proceeded to beat the game as both player one and player two simultaneously after having inserted two coins into the machine. A cheap gaming session by anyone’s standards, especially those acquainted with shoving coin after coin into Time Crisis II with little progress to show for it.

Nothing Short of a Performance

From mimicking in-game actions with an almost choreographed series of bobs and weaves to stylish reloads, and flawless accuracy, the display shows a precision usually the reserve of speedrunners and top-ranked eSports professionals.

In other words, a performance, one with a balletic quality. A mastery honed through what must be hundreds of hours of playing Time Crisis II. A dogged commitment to memory of enemy spawn locations. Knowledge of the most intricate details of how each level advances on screen. We are privy to countless playthroughs condensed into flawless execution.

At points, he even adds an extra flair, downing enemies on one screen while focusing on the other.

He made it a fully physical performance, taking the time to mime in-character action like holster, draw, and reload his gun during the course of the game. It was…beautiful. As my fellow witness @alex_antone remarked, it was like watching Mozart. pic.twitter.com/nxx6RBr9lf

Aware of the small crowd amassing to witness his Time Crisis II prowess, our mustachioed hero throws in a few deserving bows. We’ll let you decide whether his performance is worthy of comparison to Mozart or not.