By CCN.com: It appears Theresa May’s reign of futility is coming to an end. Thank goodness. The Conservative leader plans to resign in a last-ditch bid to salvage her Brexit proposal. Thus will end a premiership that was ineffective to the point of tragedy. 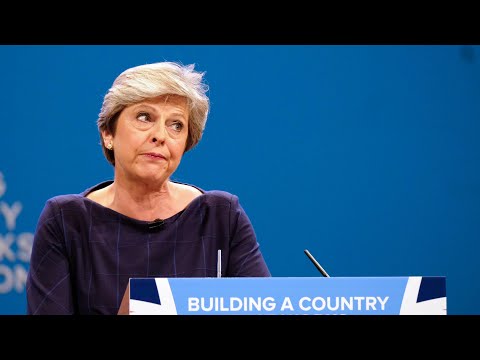 A Seemingly Invincible Theresa May Is Now on the Way Out

The prime minister who took the job after the Brexit vote was always going to be taking a poisoned chalice. Little did May know when she made her grab for power, just how potent the wine was going to be. The fact that Boris Johnson keeps standing aside should tell her all she needs to know because that man would cut off his right leg to be in charge of the United Kingdom.

We are now a couple of years deep into Brexit. May’s legacy will be as a leader who stalled for time and hid from confrontation. She is in power only by the fact that her party dared not trigger a general election. Bizarrely, HMS May was the safest ship in a raging sea of divided British opinion. So why is she leaving, when her party has repeatedly lacked the stomach to remove her?

Well, primarily because even the risk of a government led by Jeremy Corbyn is now less of an insult to Conservatives than to have their reputation decimated further. May promised a strong and stable government, but her coalition of chaos has destroyed credibility in the Tory party for a generation or more.

Theresa May Unable to Unify a Tory Party Destroyed by Brexit

To be sure, ruling a party which includes demagogues like Johnson and Gove is no picnic. Theresa May finds herself caught between the two warring factions that Cameron’s Brexit vote was supposed to halt. Instead, rather than show its cracks, the party splintered — the formation of an independent party of pro-remain Labour and Conservative MPs being the inevitable result.

The question now remains when exactly May will leave. It seems that it will be after her withdrawal deal passes.

* All hinges on her deal going through…

Well, given that Speaker Bercow has just blocked her from holding her vote again (a just and right action given her contemptuous approach to Parliament) this could be a while yet. It would be the perfect culmination to Theresa May’s legacy that she would cap off a premiership of backtracking and vague promises with an open-ended resignation.