Meghan Markle could be joining Prince Harry on the speaking circuit. The Hollywood Royals are fast running out of earning options.

It’s fairly obvious that while Meghan Markle has several career avenues she can explore in Los Angeles, Prince Harry really only has one.

In a previous piece, I asked a question. Will potential clients still be in a position to pay out millions of dollars to speakers post-pandemic?

Despite recent news that both Prince Harry and Meghan Markle have signed with the Harry Walker Agency, I believe this question remains unanswered.

Signing with an agency at this stage means absolutely nothing

I imagine that many fans and media outlets will be losing their collective minds at the reports that Harry and Meghan will be represented by an agency whose clientele includes the Clintons and Obamas.

But in all honesty, I can’t understand why the Hollywood Royals haven’t been on the books of a speaking agency before now.

Wasn’t this the route Prince Harry was always looking to take? I assumed that his previous engagement with JPMorgan in Florida earlier this year was just the starting point. 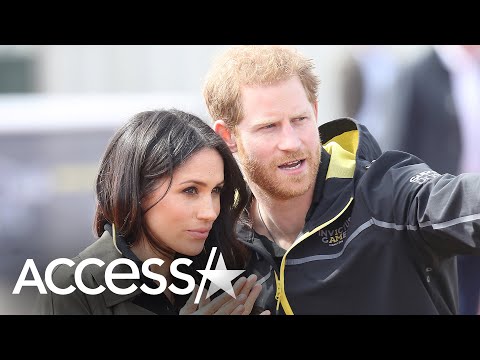 That Harry wasn’t on the books of a prestigious agency already is absolutely staggering.

Yet it’s perhaps worth tempering the enthusiasm at this stage.

As a post-pandemic society, we’re still a long way from seeing the kinds of dinner party events that require highly-paid speakers.

Signing with an agency is one thing, but actually partaking in engagements is another.

Is Meghan Markle destined for the speaking circuit?

Previously I believed that the speaking circuit would be the forte of Prince Harry. After all, the chance to gawk at a royal duke while he rambles on in that British accent that Americans seem to love so much is something Wall Street appears willing to pay handsomely for.

But a new wrinkle to this discussion is Meghan Markle and her interest in social issues.

I believed Meghan’s goal was an unlikely Hollywood career. But it seems as though the Duchess of Difficult is slowly coming to the realization that no matter the man on her arm, the movers and shakers in Tinseltown aren’t buying what she’s selling.

Not at the entirely unrealistic level she’s pursuing, anyway.

The BLM movement has raised awareness about the ways that society leaves people of color feeling marginalized.

But it has also caught the attention of our societal elite. The types who rarely let an opportunity pass them by.

Be it large multinationals engaging in virtue signaling social media campaigns built to increase their customer base and drive brand awareness like never before. Or privileged individuals seeing the movement as a chance to boost their social standing and, of course, their earnings.

Sometimes, genuine activism and calculated opportunism are difficult to parse. And I’m inclined to argue that’s the case with Meghan Markle, who may be about to make a hard pivot into social justice crusading. 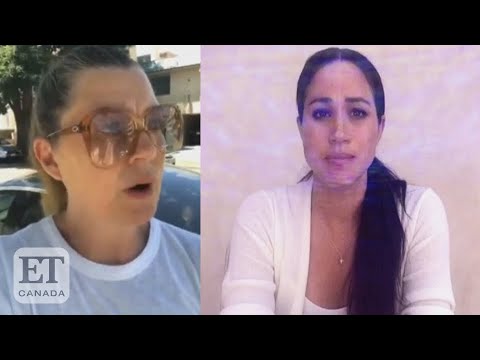 Meghan’s initial plan of cashing in on her royal status was somewhat hampered when Queen Elizabeth put the royal kibosh on the Sussex Royal brand for which Prince Harry and Meghan Markle had such regal plans.

Hollywood seems entirely disinterested in Meghan as well. Brad Pitt’s assistants are surely only another email or phone call away from requesting a restraining order.

But now, Meghan Markle could rebrand herself as a social justice spokesperson for the marginalized and voiceless in U.S. society.

According to Vogue, she’s already “becoming the superstar activist she always wanted to be.”

Which is all well and good, of course. But let’s not kid ourselves. Becoming a “superstar activist” is never just about activism.

Aubrey Hansen
I'm a full-time royal & entertainment commentator at CCN. I've had my opinions and links to my work on the royal family featured by outlets such as The Daily Mail, International Business Times, and The Express. Reach me at aubrey.hansen@ccn.com, visit my LinkedIn profile here or my Twitter profile here.
Subscribe
0 Comments
Inline Feedbacks
View all comments
← PreviousRon Jeremy’s Charges Aren’t Shocking, but Here’s 5 Creepy Celebs You Forgot About
Next →It’s Time Meghan Markle & Prince Harry’s Chief Gossip-Monger Gets Her Backlash