The Ugly Truth About Bernie Madoff’s Plea for ‘Compassion’

Bernie Madoff is terminally ill and desires to be released from prison. But the ugly truth is that this “compassion” would be crueler than you know.

Bernie Madoff has requested a compassionate release from prison. The disgraced financier is serving a 150-year sentence for scamming billions of dollars from investors.

Wednesday’s petition went to a federal court. But in September, Madoff requested a compassionate release from the Bureau of Prisons.

On Dec. 5th, the warden denied the request, writing:

Mr. Madoff was accountable for a loss to investors of over $13 billion. Accordingly, in light of the nature and circumstances of his offense, his release at this time would minimize the severity of his offense. Therefore, although he meets the criteria for a [compassionate release], his [reduction in sentence] request is denied.

Madoff is infamous for running the largest Ponzi scheme in history. He defrauded investors out of an estimated $65 billion by the time he was arrested in 2008.

Bernie Madoff Destroyed So Many Lives

Driven by reckless greed, Bernie Madoff destroyed the lives of the people around him. His own son was crippled by the shock, shame, and stress over what his father did. On the two year anniversary of his father’s arrest, Mark Madoff committed suicide by hanging. His two-year-old son was asleep in another room.

In an interview for ABC News “20/20,” Stephanie Madoff, Mark’s widow, shared the pain and devastation that Bernie’s crimes had caused her and her family.

I hate Bernie Madoff. If I saw Bernie Madoff right now, I would tell him that I hold him fully responsible for killing my husband and I’d spit in his face.

Bernie Madoff’s wife, Ruth, attempted suicide with him after his arrest:

I don’t know whose idea it was, but we decided to kill ourselves because it was so horrendous what was happening. We had terrible phone calls. Hate mail, just beyond anything and I said ‘…I just can’t go on anymore.’ 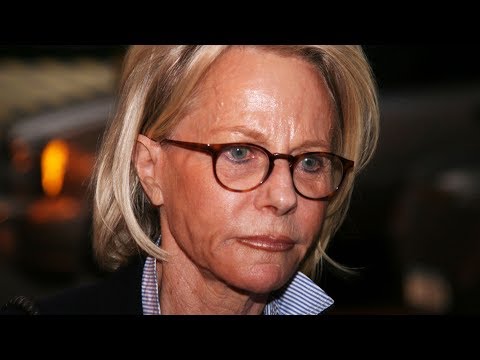 One of Madoff’s victims, Marcia FitzMaurice, described how his crimes impacted Ruth. And approved of the hatred Ruth’s social circle harbored for her because of Bernie:

Your wife, rightfully so, has been vilified and shunned by her friends in the community.

The community, and even Ruth’s sons and daughter-in-law, despised her for continuing to live with Bernie after his arrest. But even the author of an op-ed excoriating Madoff for what he did can have some understanding and compassion for Ruth.

When Compassion Is Cruelty

Bernie Madoff deserves compassion, as all human beings do, even the worst ones. But he doesn’t deserve compassionate release. He deserves to finish his sentence or expire in prison. To do otherwise would be cruel to the victims he wittingly ensnared.

It wasn’t just wealthy individuals who had their savings stolen. Although that would be bad enough. Life-saving and life-giving charities suffered from scaled back donations in the wake of Bernie Madoff‘s greedy web of selfish lies.

The Gift of Life Bone Marrow Foundation lost $1.8 million in contributions because of Madoff’s Ponzi scheme. They facilitate bone marrow transplants for adults and children with cancer and other genetic diseases.

The JEHT Foundation had to shut down completely because Madoff had robbed its benefactors. They used to give millions in grants to help former prisoners find jobs, housing, and transportation.

The Real Reason Bernie Madoff Should Rot in Prison

But here’s the ultimate reason why Bernie Madoff should not be granted early release.

What makes his crimes most egregious is that Bernie Madoff was the chair of the National Association of Securities Dealers (now FINRA – Financial Industry Regulatory Authority). It’s the self-regulatory organization for the New York Stock Exchange.

To protect investors and ensure the market’s integrity

The guy in charge of protecting investors from fraud on the New York Stock Exchange was the biggest fraudster in its history.

September 23, 2020 1 Comment
← PreviousA Bloomberg Vs. Trump Election Would Be a Dream for the Dow Jones
Next →Cryptocurrencies are Looking Bullish as Market Cap Shatters 6-Month High