The Queen and Margaret Thatcher – Did They Really Get Along?

As the relationship between the Queen and margaret Thatcher comes back into the spotlight, the question is: Did they get along?

When Margaret Thatcher made British history by becoming the first-ever female prime minister in 1979, many in the political sphere at the time wondered how she would get along with the Queen.

After all, Queen Elizabeth was generally considered the most well-known and powerful woman in the world at various times during her reign. A title that Margaret Thatcher was set to contest throughout the 1980s.

The Queen has dealt with many prime ministers. Margaret Thatcher was different

Throughout her reign as head of state, the Queen had run the gamut of prime ministers.

From the force of nature that was Sir Winston Churchill to the populist Harold Wilson, by the time May 1979 rolled around, the Queen had sat down with no fewer than seven prime ministers over 25 years.

Not only was she a strong-willed politician tasked with guiding Britain into what is now considered the post-industrial era, but she had to do it while facing many of the stereotypes and outdated views that society had about women in the late 1970s and early 1980s.

But God forbid anyone refers to her as a feminist! Reports are she hated the feminist movement and would not thank you for it!

She reportedly commented to her advisor Paul Johnson in 1982:

The feminists hate me, don’t they? And I don’t blame them. For I hate feminism. It is poison.

That two women would find themselves in such positions of power was a new concept back then. And reports suggest their early relationship was awkward at times.

The relationship is the more difficult because their roles seem confused. The Queen’s style is more matter-of-fact and domestic while it is Mrs. Thatcher (who is taller) who bears herself like a queen.

While the fascinating relationship between prime minister Margaret Thatcher and the Queen has always been of interest to political and royal historians alike, it has really come to the fore since the release of season four of the Netflix series The Crown.

Portrayed fabulously by Gillian Anderson, Margaret Thatcher is one of the few things that The Crown gets right for the most part.

Including the infamous trips to Balmoral in Scotland.

The Netflix series shows the Queen inviting Mrs. Thatcher and her husband, Dennis, to their highland retreat and the ensuing awkwardness that resulted.

Royal biographer Ben Pimlott states in The Queen and Mrs. Thatcher that the prime minister referred to Balmoral as both “a different world” and “purgatory.”

Despite being the most famous royal family on the planet, the Queen has no qualms about getting stuck in, especially when she spends time at her Scottish retreat.

Rumour has it that Margaret Thatcher gave Queen Elizabeth a pair of rubber gloves as a Christmas gift after watching Her Majesty wash dishes at Balmoral without a pair! 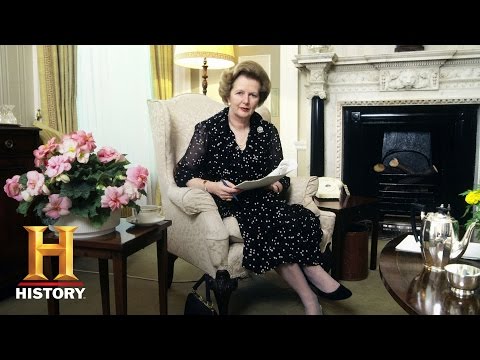 Thatcher and the Queen may not have always gotten along, but both are pioneers

Despite how The Crown portrays the sometimes-frosty relationship between monarch and prime minister, there was always a level of respect between the two, with Mrs. Thatcher herself writing:

Although the press could not resist the temptation to suggest disputes between the Palace and Downing Street, I always found the Queen’s attitude toward the work of government absolutely correct.

The Queen also extended a hand of friendship in 1990 after Margaret Thatcher had been relieved of her duties as Prime Minister, inviting her to attend the horse-racing.

The former prime minister appreciated the invite even if she did decline at the time.

As we move towards the end of 2020, the term “feminist icon” is, I feel, bandied about a little too easily.

The truth is, and she wouldn’t thank me for it, Margaret Thatcher was a feminist of sorts but was far too complicated a character for any particular label.

Both she and the Queen certainly laid the groundwork for women in positions of power. And for that, they deserve respect.

Aubrey Hansen
I'm a full-time royal & entertainment commentator at CCN. I've had my opinions and links to my work on the royal family featured by outlets such as The Daily Mail, International Business Times, and The Express. Reach me at aubrey.hansen@ccn.com, visit my LinkedIn profile here or my Twitter profile here.
Subscribe
2 Comments
Most Voted
Newest Oldest
Inline Feedbacks
View all comments
← PreviousNetflix’s The Crown Season Four? The Royal Reaction Says It All
Next →Candace Owens Continues to be Laughably Wrong About Harry Styles