Percy Jackson threw a lightning bolt on the internet today. The popular book series will be made into a Disney+ series.

But they may have celebrated too soon.

Percy Jackson Is Off to an Atrocious Start

The two previous Percy Jackson movies were lambasted by critics and fans.

Percy Jackson and the Lightning Thief scored 50% on Rotten Tomatoes. Fans agreed, giving it an overall 53%.

The Daily Telegraph called it “a slab of market research in search of an actual movie.” 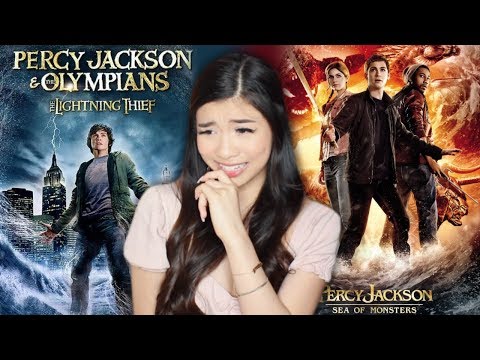 The follow-up, Percy Jackson: Sea of Monsters, was even worse. It scored a 42% on Rotten Tomatoes. One reviewer called it “whiny, listless and repetitive.”

At least Rick Riordan has acknowledged that the Percy Jackson films were unwatchable. In 2018, the author of the fiction series roasted the script of Percy Jackson & the Lightning Thief:

The script as a whole is terrible. I don’t simply mean that it deviates from the book, though certainly it does that to point of being almost unrecognizable as the same story. Fans of the books will be angry and disappointed.

He continues, predicting how much it would upset the fans:

They will leave the theater in droves and generate horrible word of mouth. That is an absolute given if the script goes forward as it stands now. But the bigger problem is that even if you pretend the book doesn’t exist, this script doesn’t work as a story in its own right.

The Author Claims It Won’t Be Terrible This Time

It’s no secret that once Hollywood gets the rights to a story, they love to destroy its essence. But fear not, because this time, Rick Riordan will save the day.

Rest assured that Becky & I will be involved in person in every aspect of the show.

That sounds like an immediate solution to the problem that tanked the first two movies. The author, and his wife, will have his hands all over this Disney+ series.

There’s no way this could go wrong, right?

Repeat After Me: Authors Do Not Make Good  Filmmakers

Some of the greatest movies of all-time were adapted from novels. And the authors of some of these iconic stories hated the film adaptations.

Stephen King hated The Shining almost as much as Riordan hated the Percy Jackson movies. Despite it being considered one of the greatest films of all-time, King said: “the book is hot, and the movie is cold.” That take didn’t age too well, did it, Steve?

Then the author took it upon himself to write and direct his own movie. It’s called Maximum Overdrive, and it was an utter trash heap. Check out this review from eFilmCritic.com:

Most of the characters are so annoying that you want them to die … a recipe for a railroad-spike lobotomy migraine.

This pattern even holds true for fantasy authors.

Michael Ende was “horrified” by the film version of The Neverending Story. Now it’s one of the most beloved fantasy movies of all-time.

Rick Riordan may be no savior. Percy Jackson might just be a tale that’s not fit for the screen. Even if we’re all stuck inside, some stories are better left alone.