By CCN.com: After the enormous success of ‘The Force Awakens’ with nearly $1 billion at the domestic box office, things started to dwindle for Disney. After ‘The Last Jedi’  and ‘Solo: A Star Wars Story,’ a movie that alienated audiences, and a film that got no audiences respectively, Disney needed to make a serious comeback. This weekend Disney showed epic new footage at the Star Wars conference at the D23 event. The footage just showed up online, and It did not disappoint.

The Star Wars: The Rise of Skywalker footage is awesome 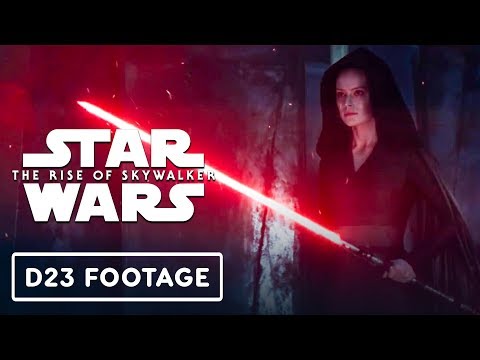 A duel on top of a derelict ship surrounder by water, C3PO with red eyes, thousands of star destroyers and yeah, Rey with a double red lightsaber. There’s a lot of awesome stuff to unpack there. Are we on our way to a Star Wars comeback? Well, we would have said yes, if not for the weird official poster they released with it. It features the return of longtime fan favorite Emperor Palpatine, though not in the best shape.

Palpatine what yellow eyes you have

We need to address the elephant in the room. Aside from the cool duel part, it looks like a fanmade poster. The Internet has obviously already taken many lightsaber stabs at it.

The shrek version is the funniest so far pic.twitter.com/WrHcyj8eG1

Please tell me that is a joke, and this isnt really the poster

The explanation for the weird Emperor look is hilarious

It took no longer than a day for someone to pinpoint exactly what was wrong with poor Emperor Palpatine. It turns out that instead of just taking a picture of Ian Mcdiarmid, the actor who portrays the Emperor, they just took a picture of.. a toy. Yes, That’s a poster for Star Wars, one of the most successful series in the history of entertainment, done by the most prosperous company in the history of entertainment.

Still not seeing it? Redditor u/JasonRedux made it pretty clear for everyone to see.

That new TROS poster used Hot Toys figure of Palpatine for the face. from Design

In Disney’s defense – well we can’t defend them. We can only wonder what must have happened behind the scenes, where many posters certainly must have been scrapped for this monstrosity to get approved.