The Most Powerful Moment of Donald Trump’s State of The Union? The Woman He Freed From Prison

I was watching President Donald Trump’s State of the Union Address Tuesday with my usual cynicism of any of the government’s propagandist ceremonies which cover over with pomp its many notorious defilements of so many people’s life, liberty, and property.

These magnificent annual pageants of trite partisanship follow such a tight script that they are predictable to the point of banality.

The president lists off everything good happening in the world and takes credit for it. Half the room claps effusively while the other crosses their arms and stares blankly. It is a ritual play acting of the cult of partisanship that creates a perpetual scapegoat (the other party!) for the relentless, oppressive impositions of the U.S. federal government on the American people.

It’s a ritual that sanctifies this political-dysfunction-by-design, elevating it as an ideal, while it imbues the ruling executive with an aura of ascendancy.

The Liberation of Alice Marie Johnson

But I was overwhelmed with deep admiration for Donald Trump when he introduced a woman who had spent the last 21 years in forced confinement for a first time, non-violent violation of the half century old, draconian Controlled Substances Act of 1970.

Alice Marie Johnson’s imprisonment for the last 21 years was a sustained act of brutal, physical violence against a woman in America.

Because she made a choice about her own body, she was forcefully denied by armed men for 21 years the right to make any choices about her body or her life.

A Victim of The 50 Year War on Drugs

She was a victim of the institutionalization of violence against the American people, and as the government’s own reported data reveal, it is selectively enforced against racial minorities.

In 2016 John Ehrlichman, counsel and Assistant to the President for Domestic Affairs under Nixon, told Dan Baum in an interview for Harper’s Magazine, that the Nixon-era War on Drugs originated as a method of political persecution, and non-white Americans were explicitly among the intended targets of this devious and malicious policy.

“The Nixon campaign in 1968, and the Nixon White House after that, had two enemies: the antiwar left and black people. You understand what I’m saying? We knew we couldn’t make it illegal to be either against the war or black, but by getting the public to associate the hippies with marijuana and blacks with heroin, and then criminalizing both heavily, we could disrupt those communities. We could arrest their leaders, raid their homes, break up their meetings, and vilify them night after night on the evening news. Did we know we were lying about the drugs? Of course we did.” 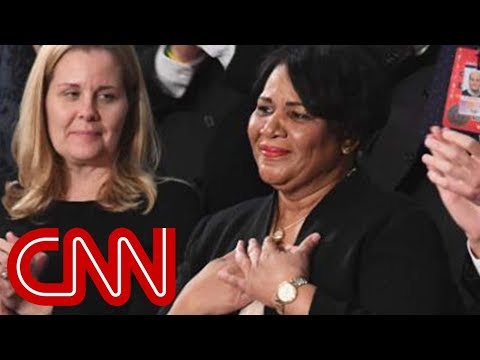 Alice Marie Johnson was a victim of institutionalized violence against men and women in America, a victim of the institutions that are supposed to exist to protect her.

When Alice Johnson’s story was brought to the attention of Donald Trump by Kim Kardashian and Kanye West, who valiantly petitioned the president for Alice’s life and freedom, he ended the violence and gave her her freedom back.

According to many of his critics, Donald Trump is an enemy of womens’ rights and their bodily autonomy, but he gave this woman her freedom of choice back. She is free today because of Donald Trump. He deserves great credit and praise for that.

It is not the role of the U.S. federal government as it is constituted by its charter document to legislate morality, nor to police the individual life choices of any American so long as they are not infringing on the same right of other individuals to make their own choices.

I can think of only one possibly valid argument for criminalizing cocaine possession (what landed Alice in prison for 21 years) that is consistent with the legal / philosophical framework of a strictly conservative perspective that favors constitutional, limited government:

That it is the prerogative of the government as peacekeeper to outlaw commerce that puts money in the hands of the violent criminal drug cartel in Central and South America. 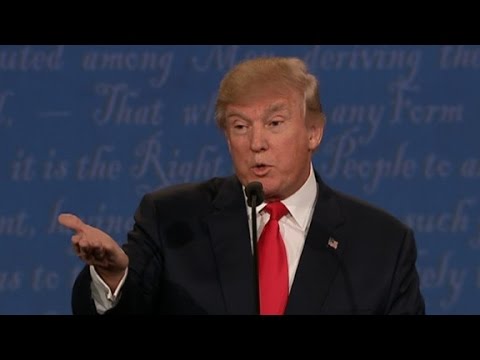 But the only reason Americans are buying from a supply chain full of “bad hombres” is because the U.S. Congress has made it a serious crime for law-abiding Americans to go into business selling these highly valued and relentlessly sought after commodities, and compete with the criminal drug cartel for those profits.

As conservative Second Amendment supporters say of guns: “If you outlaw guns, only outlaws will have guns.” Well likewise if you outlaw the production and sale of certain drugs, only outlaws will produce and sell those drugs. The obvious solution to that is to lift the prohibition on American businesses from engaging in free drug commerce.

Legalizing Drugs Is Good for Liberty, Great For The Economy, And Bad For The Cartel

This is exactly what we have seen with marijuana so far.

Starting with California Proposition 215, the Compassionate Use Act of 1996, and gaining moment through the 2016 election, the legal marijuana movement has succeeded in legalizing the mind-altering, psychoactive plant in 33 states for with a doctor’s note, and in 10 states for over the counter retail sales.

Legalizing marijuana has created a thriving industry. Booming actually! Bigger than the growth in broadband during the Dot Com bubble. As Arcview Market Research’s editor-in-chief, Tom Adams said in 2017:

“The only consumer industry categories I’ve seen reach $5 billion in annual spending and then post anything like 25% compound annual growth in the next five years are cable television (19%) in the 1990’s and the broadband internet (29%) in the 2000’s.”

Over the next decade, legal marijuana sales in the United States are projected to create over a million new jobs and generate over $132 billion in federal tax revenue alone.

Security and Liberty for America

And the violent criminal drug cartel south of the border is losing out on the lucrative profits from a monopoly that was set up for them by the U.S. government’s drug prohibition laws.

Their profits are evaporating because the market has been opened to competition from American entrepreneurs, and capitalization by the vast wealth of American investors.

So we all get richer and safer at the same time.

A Pennsylvania State University Department of Sociology and Criminology study of FBI data found that every time a state legalized marijuana for medical or recreational purposes, there was a drop in drug-related violent crime in border states.

This is the right solution to the drug violence on the southern border. Not more tyrannical imprisonment of non-violent people like Alice Marie Johnson in America’s drug gulag, merely for making their own choices about their own drug consumption.

And Donald Trump didn’t just say so in stump speeches on the campaign trail. He did something about it and saved this sweet woman’s life from ruin.

When he makes people more free, Donald Trump speaks for me.

September 27, 2020 1 Comment
← PreviousDow Jones Rout: The Cat is in the Bag, the Bag is in Trump’s Hand
Next →Is Billionaire Michael Bloomberg Really the Democrats’ Best Chance to Beat Trump in 2020?