The Model Y, Elon Musk’s Latest Unveil, Will Not Save Tesla

Tesla (TSLA) investors will have their eyes trained on Hawthorne, CA Thursday night at 8 pm ET when Elon Musk and company will unveil Tesla’s newest model, the Model Y.

Some Wall Street analysts are saying the Model Y could be a major bullish catalyst for the stock. Unfortunately for Tesla investors, no matter how amazing the Model Y is, Tesla’s share price is tied to Model 3 demand for now.

At tonight’s event, Tesla investors will be watching for pricing details, design features, technical capabilities and, perhaps most importantly, the timing of the vehicle’s production. Musk has said Model Y production won’t hit high volume until late in 2020. However, Musk and Tesla have earned a reputation for overly optimistic timelines in the past.

Musk also seems to have an extremely optimistic view of Model Y demand. He has said Model Y demand could eventually double demand for the Model 3 sedan.

All About The Model 3

Wedbush analyst Daniel Ives says the Model Y could be a “game-changer” for Tesla. But for now, Tesla is all about the Model 3.

“Over the next three years we believe Model Y units could approach 15%-20% of overall units with Model 3 continuing to be the hearts and lungs of the Tesla growth story over the coming years globally,” Ives says.

Ives has an “outperform” rating and $390 price target for Tesla stock.

Unfortunately, Tesla shares are down 23.3 percent in the past three months as analysts have begun to question Model 3 demand. Tesla recently announced it would be closing all its brick-and-mortar stores, cutting Model 3 prices and returning to unprofitability in the first quarter of 2019. The company then backpedaled, saying it would be keeping a small portion of its stores open. To cover the cost, Tesla said it would raise prices on all models other than the base Model 3.

In addition to the confusion over Tesla’s strategy, Musk is once again in trouble with the U.S. Securities and Exchange Commission for potentially violating the terms of his 2018 fraud settlement. The accusations center around a February tweet seemingly contradicting Tesla’s public production guidance. Musk later clarified the tweet.

Former Kase Capital Management hedge fund manager Whitney Tilson is among a growing camp of Tesla critics. Tilson and others say there are red flags when it comes to Model 3 demand.

“I think Musk has no more rabbits to pull out of his hat and therefore it’s all downhill from here,” Tilson wrote earlier this month. “I predict that by the end of the year, the stock, today at $295, will be under $100.”

Bank of America analyst John Murphy says there is no evidence  the Model 3 can currently be profitable for Tesla at $35,000.

“In our view, the result of what appears to be an earlier push of lower range/price Model 3s will likely be an increase in volume in the near term, rather than an increase in profits, as the cost structure for mass market electric vehicles (specifically those priced around $35k) is not yet breakeven,” Murphy says.

Bank of America has an “underperform” rating and $225 target for Tesla stock.

If these bearish analysts are correct, the Model Y unveiling party could be just that–a party. Tesla’s stock may react positively in the short-term to Musk’s trademark marketing. But the bells and whistles and promises have can only support the stock for so long. At some point, Tesla must demonstrate significant Model 3 demand at a price that will support profitability at a reasonable margin. Until then, distractions like the Model Y are little more than a show for Tesla investors. 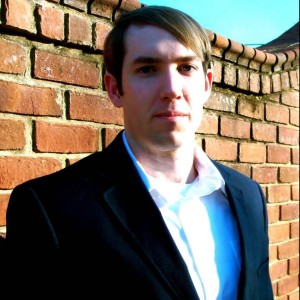 Wayne Duggan
Wayne Duggan specializes in the psychological challenges of investing and often reports breaking market news and analyst commentary on popular stocks and other investments. Duggan is a regular contributor to U.S. News & World Report and is a staff writer at Benzinga, where he has written more than 6,000 articles. In addition, he frequently contributes market analysis to InvestorPlace. Duggan has also written investing education content for the Lightspeed Active Trading blog and contributed news and analysis to Seeking Alpha, and Motley Fool. His stories have been featured by MSN, Yahoo Finance, Fox Business, CNBC, Nasdaq.com and other outlets. Duggan is the author of the book “Beating Wall Street With Common Sense,” in which he discusses his personal, practical strategies for investing. Duggan is a graduate of the Massachusetts Institute of Technology and lives in Tampa, Florida.
Subscribe
0 Comments
Inline Feedbacks
View all comments