The Last of Us Part 2 hasn’t been doing great for Naughty Dog lately. Not long ago pretty much the entire game was spoiled. While many scrambled to point fingers, it turned out to just be a server hack that caused the issue.

Now, a growing number of gamers and non-gamers know how The Last of Us Part 2 is going down, and they’re not happy.

In their latest attempt to continue as if nothing has happened, Naughty Dog released an ‘inside the story’ video for the game. Honestly, it probably won’t help that much.

The Last of Us Part 2 Doesn’t Need Help Selling

Despite the leaks, The Last of Us Part 2 is probably going to sell well. Even if a lot of people are annoyed about certain elements of the story, it’ll still sell. Even if it’s only because of the ‘outrage brigade’.

The fact of the matter is that it’s a sequel to a hugely popular game. People are going to want to experience the next chapter in the story. And, there’s a big difference between reading a synopsis online and actually experiencing it yourself.

All this new video does is confirm some parts of the leaks. Realistically, The Last of Us Part 2 is going to either fail or succeed the same way the last game did. On the quality of the characters over the story. 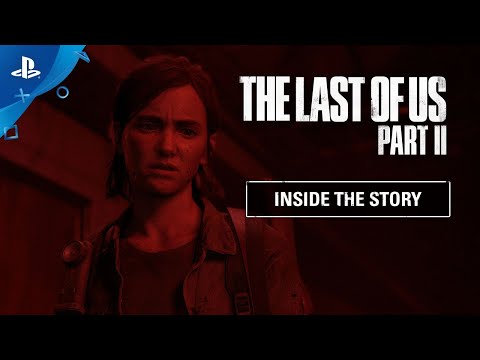 You might disagree, but most of Naughty Dog’s games haven’t had a unique and interesting story. They’ve been interesting because of the great characters that inhabit the games.

The Last of Us Part 2 is built on the success of Joel and Ellie as characters, not on the rather cliched apocalypse plot. It the new game fails, it’ll be because the characters they introduce aren’t strong enough.

Then again, maybe The Last of Us Part 2 deserves to fail. It might stop Naughty Dog crunching their employees into the ground. Although honestly, the chances of that happening seem pretty unlikely.