News has recently come out that Bethesda is indefinitely suspending development on The Elder Scrolls Legends. The free-to-play card game has been on the market since 2017 and was due to have a new expansion released. That expansion is now not happening, and neither is any other expansion in the near future.

Development may be ‘on hold’, but that might as well just be a straight-up death sentence. Chances are that Bethesda has no plans to bring the game back. It just goes to show gamers how truly worthless supposedly ‘free’ online-only games actually are in the long run. 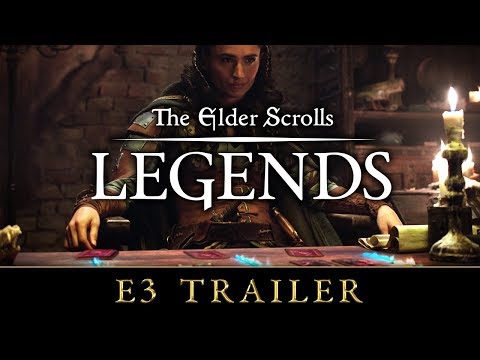 Lots of ‘Free-To-Play’ Games are Worthless

Beyond something to do while you’re sitting on the toilet free-to-play, online-only games are nearly all completely worthless. All it takes is for the developer or publisher to get bored with a game and suddenly it disappears forever. Relying on an online connection for a game to work makes any game inherently worse than a game that doesn’t.

On top of that, most free-to-play titles have absolutely no restraint with microtransactions. The Elder Scrolls Legends is a great example of this. No game, free or otherwise, should have ‘microtransactions’ which cost as much as a triple-A game. I’m all for supporting the creators of games you’ve enjoyed, but £59.99 for a bundle of in-game cards is too much.

I realize that it would be pretty easy to spend that amount of money on cards even without the £59.99 option, but the ability to do so in one go is just ridiculous. Not only do these high-cost options enable people vulnerable to impulse purchases, but leave the gate open for younger players to spend their guardians’ money.

The Elder Scrolls Legends Isn’t Even the Worst Example

Free-to-play, online-only games combine all of the worst things about modern gaming. They have a limited lifespan which is only made worse by the whims of game companies. Combined with microtransactions which really stretch the definition of ‘micro’ and a reliance on some pretty predatory practices to get you to buy, it’s a wonder anyone has any patience for the things at all.

The Elder Scrolls Legends actually gets off pretty light. It at least has a single-player mode so as long as the app doesn’t go away some fun can still be had with it. Most free-to-play games don’t even get that. As soon as the developers stop making enough money the game disappears and any amount of money you’ve poured into might as well have been part of a bonfire.

Regardless of how you feel about any specific free-to-play game that you might enjoy, they are on average terrible. They either have to try and trick their players into spending money on them, have terrible economies or are just bad games.  Finding a good free-to-play is like searching for a needle in a haystack. Why bother when there are real games to play.