The U.S. stock market is seemingly in an ideal position to maintain its newly found momentum and extend its short-term rally throughout the upcoming months.

The trade deal with China, which is widely considered to be the core catalyst of the U.S. stock market, has seen significant progress.

Both countries have acknowledged the importance of a comprehensive trade agreement, and Chinese President Xi Jinping reportedly stated that the U.S. and China are “inseparable,” expressing his intent to reach a deal with the U.S.

However, on the technical side of the market, legendary technical analyst Louise Yamada, the founder and managing director of Louise Yamada Technical Research Advisors, said that the U.S. stock market could retrace if it is unsuccessful in breaking out of key resistance levels. 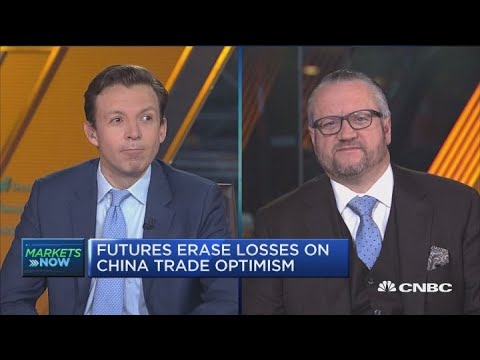 U.S. Stock Market is Not in All Clear, Fallback is a Possibility

Speaking on CNBC’s Futures Now, the analyst said that the S&P 500 is testing a threshold at 2,800 and it is yet to test any important resistance level in its 200-day moving average.

“S&P right at its 200-day trying to push through and there are several other indices right at the same point testing. Dow is already through it and Russell 2000 well below,” Yamada said.

Historically, all major stock market indices have seen an extended period of stability at crucial thresholds and the 2,800 level could leave the S&P 500 at a stalemate in the near-term.

Yamada emphasized that while fundamental factors have increased the anticipation and expectations of investors in the U.S. market, a more cautious outlook on the performance of the market is needed due to the lack of technical indicators suggesting a full-fledged rally.

“There’s a lot of good news coming out. On the other hand, we’d like to look back at the 2015 period where the first rally went through the 200-day about 3 times over a couple of months only to fail past the old high and go down and test again.”

“So we have the possibility, if we do get through 2800, still have to look into the characteristics of the market as it approaches the new high as sometimes, it can roll over once again.”

The U.S. stock market is in a position wherein fundamental factors are pushing the momentum of the S&P 500 and the Dow Jones but the movements are not backed by technical factors.

Until old highs are broken out of with convincing price movements, Yamada stated that it is too early to adopt a bullish sentiment in a longer time frame.

The recent spike of U.S. stock indices could be short-term rallies within a bear market, and if that is the case, the market is still vulnerable to a steep sell-off.

The Federal Reserve has employed a considerate approach with its rate, jobs growth is at an all-time high, and household balance sheets are nearing record highs.

The one uncertain fundamental factor that could drastically change the trend of the U.S. stock market is the trade deal.

Trade negotiators have just returned from China where the meetings on Trade were very productive. Now at meetings with me at Mar-a-Lago giving the details. In the meantime, Billions of Dollars are being paid to the United States by China in the form of Trade Tariffs!

As long as U.S. and Chinese negotiators continue to make progress on the agreement, even in a scenario in which the March 1 deadline is extended by 60 days, the stock markets of China and the U.S. may continue to see an improvement in momentum and overall sentiment.

The potential extension of the deadline of the trade agreement is not necessarily a poor compromise because both countries will not impose additional tariffs during that period.

Some analysts have suggested that the rising number of defaults in corporate China could push Chinese negotiators to achieve a deal with the U.S. in a short time frame.