Tesla earnings are almost here and the electric vehicle maker’s stock has been dealt another blow. Roth Capital Partners has downgraded Tesla stock from buy to hold, as analyst Craig Irwin believes that the current risk-reward ratio seems “well balanced at current levels.”

Irwin told MarketWatch that Tesla is on a “viable path for meeting at least the low end” of its 2019 guidance range for 360,000 to 400,000 deliveries. But the fact that the analyst has still cut his rating on Tesla stock indicates that he sees something amiss.

The knives are coming out against Tesla

Irwin has a $238 price target on Tesla stock, indicating that he doesn’t expect more upside as compared to the current levels.

That’s because the Roth Capital analyst is of the opinion that Tesla stock could trade in a range. He points out that the Elon Musk-led company needs to finds a solution to fight the margin challenges arising out of higher battery costs and the growing competition in the EV space.

As it turns out, Irwin is not the only one on Wall Street who is worried about Tesla’s margins. Needham analyst Rajvindra Gill has already pointed out that Tesla will have to sacrifice margins to achieve its 2019 delivery target. Barron’s cited him as saying:

“To meet these aggressive targets, we anticipate further price cuts and aggressive leasing plans. Furthermore, we expect gross and net profit margins to remain ongoing issues for the auto maker. We believe the auto maker will continue to take steps to boost its deliveries at the expense of its bottom line.”

It is not surprising to see these analysts turning against Tesla just before the company is about to release earnings. That’s probably because they fear that the company’s outlook for the second half of the year might not be as appealing as Tesla cars are reportedly witnessing weak demand. 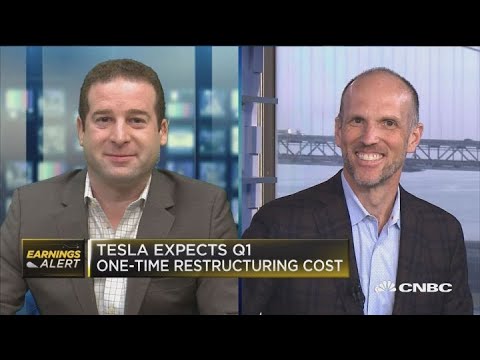 The price cuts seem to be a necessary evil for Tesla as the lower tax incentive will make it more expensive to buy a new car. The lower prices are needed for Tesla to hit Elon Musk’s delivery target for 2019. That’s because the company now needs clock a quarterly delivery run rate of at least 100,000 vehicles in order to hit the lower end of its target.

If Tesla is really facing a demand problem (which will be clear with the current quarter’s outlook), it will have to lower prices in order to move more units. The bulls will argue that the company’s second-quarter deliveries came in at a record 95,200 units, so there’s no shortage of demand for the company’s vehicles.

Congratulations Tesla team & thanks to all the new Tesla owners!! ♥️♥️ https://t.co/QczUAVazw5

But then, don’t forget that Tesla had missed its Q1 targets by a mile and moved deliveries to the second quarter.

Now that Tesla doesn’t enjoy that tailwind in the third quarter, it remains to be seen if it can better its second-quarter performance. If that doesn’t happen, be sure to see Tesla stock take a beating as the market is expecting a record breaking second half from the company.

And if Tesla manages to achieve its lofty delivery targets, it might slip deeper into the red because it might have to resort to bigger price cuts as Wall Street analysts fear.