Elon Musk and Tesla (NASDAQ:TSLA) have grabbed the headlines thanks to their bizarre pick-up truck that looks like a hurried concoction of popular geometrical shapes, but that isn’t helping the stock go anywhere. TSLA is down more than 3% in pre-market trading Friday, and it is not difficult to see why.

Looks like a 5 year old tried to draw a DeLorean

Tesla stockholders might not be happy with the obnoxious design of the pick-up truck and a long waiting period before it hits the market. But the more pertinent reason why Tesla investors are panicking right now could be because of BMW. The German luxury carmaker has just revealed that it plans to enter into the electric vehicle market in a big way.

If I had a long-term Tesla investment Jim I'd be dumping it!https://t.co/qxdK688NWY

TechCrunch reports that BMW is going to spend €10 billion ($11.07 billion) to buy battery cells in the coming years from Contemporary Amperex Technology Co. (CATL) and Samsung SDI. This new deal with CATL is much bigger than the earlier one – worth €4 billion – that was announced last year.

According to BMW, the new battery deal will run from next year through 2031. The German company has also signed up Samsung SDI on a €2.9 billion deal to procure electric drivetrains. This is another long-term contract that will run from 2021 through 2031.

These multi-billion dollar investments from BMW don’t come across as a surprise. The German giant is in the cross-hair of the Tesla Model 3, according to the results of a recent survey by Bloomberg. Of the 5,000 respondents who took part in the survey, BMW ranked second on the list of cars the respondents were willing to give up to trade to a Tesla.

The BMW 3 Series, with an average selling price of just over $46,000, followed the much cheaper Toyota Prius on the list. In fact, the 3 Series was the more expensive cars in the list of 10, barring the Tesla Model S.

The results of the survey seem to have sprung BMW into action. The Bavarian giant has now revealed that it will bring 25 electric vehicles to the market by 2025.

It is not surprising to see why the company is busy securing battery supply and drivetrain technology as it prepares for the EV onslaught. That could be bad news for Tesla stock in the long run.

Difficult times ahead for Tesla

Tesla is now facing a ton of competition from automakers of all sorts. Some time ago, Musk was busy taking potshots at the Porsche Taycan Turbo, roiled by the fact that the German car set a record at the Nürburgring. 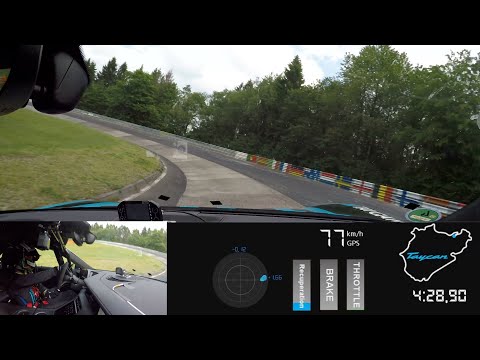 However, the Taycan Turbo was way out of Tesla’s league. But then, Ford decided to enter the fray and brought a potent competitor in the form of the Mustang Mach-E. Now it looks like BMW has decided to go full throttle and rob Tesla of its EV halo.

And it won’t be surprising to see BMW kill Tesla’s EV dreams in the future thanks to several advantages the German carmaker enjoys. For one, BMW has a much higher brand value than Tesla. The German giant’s brand value of $23 billion easily eclipses Tesla’s $9 billion. This is an indication that customers are more likely to go for a BMW thanks to its superior brand recognition, assuming that its cars are competitively priced.

Next, BMW sold more than 142,000 electrified vehicles in 2018, an increase of 38% over the previous year. Total sales eclipsed 2.1 million units. Tesla’s total sales last year stood at 245,000 units. Though that number was greater than BMW’s electrified vehicle sales, it pales in comparison to the German company’s overall shipments.

As BMW turns on the heat and launches more EVs in the future, Tesla will have a tough time thanks to the former’s existing dealership network and higher brand recognition.