Tesla has a problem. Short sellers are piling into the stock despite CEO Elon Musk’s claims at a recent shareholder meeting that the electric vehicle maker could deliver a “record quarter at every level.”

Ihor Dusaniwsky, the managing director of financial analytics firm S3 Partners, points out that nearly 35% of Tesla stock’s float is short. The short float is worth a whopping $10.2 billion, more than a fourth of the company’s market capitalization.

But what’s surprising to see is that the short float has increased this month despite Tesla’s rally. So is there something that these short sellers know and we don’t?

Tesla stock has shot up nearly 20% this month after struggling for the better part of the year. Elon Musk’s prediction that his company will be able to deliver “record” results this time seems to be driving investor enthusiasm.

But this claim hasn’t deterred short sellers from piling into Tesla stock. The number of Tesla shares shorted in the month of June has shot up 5.35%, according to S3 Partners.

This is not surprising as noise on Wall Street suggests that Tesla could miss its Q2 delivery target. The Elon Musk-led company believes that it can deliver between 90,000 and 100,000 vehicles in the second quarter.

But RBC Capital Markets estimates that Tesla’s second-quarter deliveries could wind up at 88,900 units. Goldman Sachs also carries a similar view, estimating that the EV giant could either meet or narrowly miss estimates.

Shaky analyst sentiment, along with the fact that Tesla missed the Q1 delivery numbers by a huge margin, has given short sellers a boost.

If Elon Musk fails to deliver on his promise of a record quarter, Tesla stock could take a tumble, and short sellers would make a merry payday. But the Q2 deliveries won’t be the only thing on the market’s mind when the company releases its next set of results.

The outlook will be of prime importance

Tesla bulls shouldn’t forget that the company’s Q2 delivery numbers will be inflated by pending first-quarter deliveries that reportedly moved to the second quarter.

Elon Musk had pointed out that half of Tesla’s Q1 deliveries were executed in the last ten days of the quarter on account of a logistics hell.

As a result, there’s a chance that the company might meet its ambitious delivery forecast. But it remains to be seen if the company can sustain the momentum in the second half of the year as analysts widely believe that demand for the company’s cars is waning.

Goldman Sachs analysts, for example, believe the second quarter will be the high point for Tesla’s sales. MarketWatch reports:

“Tesla’s second-quarter sales ‘should be fine,’ likely meeting or narrowly missing Street consensus, but for the second half of the year and beyond Wall Street’s sales estimates for Tesla ‘look high considering there are fewer levers to pull to stoke demand going forward,’ the Goldman analysts said.” 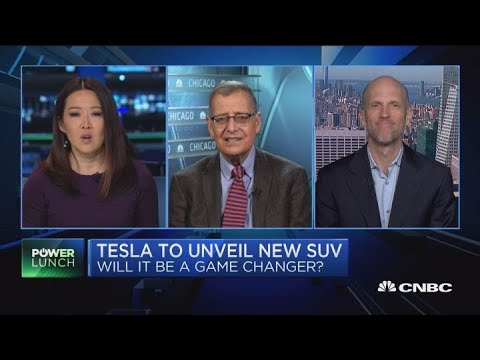 This means that the company will have to deliver more than 200,000 vehicles in the second half of the year to meet the lower end of its full-year guidance.