Tesla stock was buoyed by news that its electric cars would be exempt from a 10% Chinese tax on auto sales. The move comes just days after CEO Elon Musk visited China.

The Chinese Ministry of Industry and Information Technology announced the news on its website. The exemption applies to all 16 Tesla models sold in China.

Elon Musk is building a Tesla factory in Shanghai

The news triggered a massive TSLA rally at the open, lifting the auto giant’s shares as high as $232.44.

The purchase tax exemption could reduce the cost of buying a Tesla by up to 99,000 yuan (or $13,900), Reuters reported. The move strengthens the budding alliance between China and Elon Musk.

Tesla is building a Gigafactory in Shanghai to facilitate China’s plans to use more electric vehicles. The factory is Tesla’s first overseas plant.

Roth Capital analyst Craig Irwin says it’s obvious that Tesla “is committed to China,” and that probably helped him score the tariff exemption.

This week, Musk visited China for two days. During his stay, Musk attended the World Artificial Intelligence Conference in Shanghai and toured the Gigafactory being built nearby.

At the World AI Conference, Musk engaged in a lively debate with Jack Ma, the co-founder of Alibaba. Ma’s net worth tops $37 billion, while Musk’s net worth hovers at $19 billion.

Musk argued that AI is an existential threat to mankind because it could become so much smarter than humans.

“People underestimate the capability of AI,” Musk said. “They sort of think like it’s a smart human. (But it’s going to be) much smarter than the smartest human you’ll ever know.” 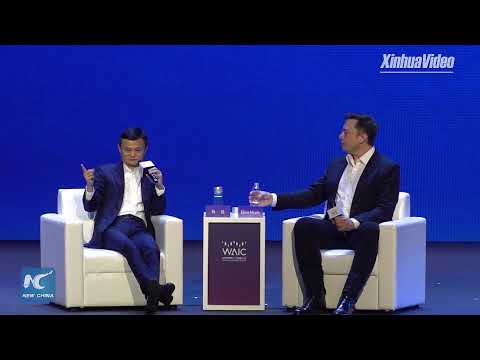 Musk: Artificial intelligence is an existential threat to mankind

In response, Ma downplayed the threat posed by artificial intelligence. He claims that humans can’t be outsmarted by its creation.

“I don’t think artificial intelligence is a threat,” Ma said. “Human beings are smart enough to learn that…People like us — street smart — we’re never scared of that.”

Musk fired back, saying, “I very much disagree with that. The biggest mistake I see people making is to assume they’re smart. Computers are already smarter than people.”

As CCN.com reported, Musk is fascinated by (but highly suspicious of) AI. Musk has repeatedly warned against the existential threat posed by artificial intelligence.