By CCN.com: Four members of Tesla’s board of directors are stepping down and won’t stand for re-election once their terms end. CEO Elon Musk remains, but the Tesla board will eventually drop from 11 to seven members by 2021.

The electric car maker revealed the surprising news in an April 18 SEC filing. Tesla says the realignment was needed to streamline the board so it can “operate more nimbly and efficiently.”

The four departing board members are:

The changes come several weeks after Tesla’s entire 11-member board was sued by a group of shareholders.

In their March 2019 lawsuit, the shareholders accused the board of not exercising proper oversight of Elon Musk, whose tweets have sometimes gotten him into trouble.

The shareholders — an Ohio pension fund — seek a permanent injunction against Musk over “his unchecked use of Twitter to make inaccurate statements about the company.” They are also pursuing an unspecified amount in monetary damages.

Get ready for more of these lawsuits.

Elon Musk and all 11 members of Tesla’s board of directors have been named in a shareholder lawsuit claiming the #Tesla CEO’s “unchecked misstatements on Twitter” have harmed the company. $TSLA https://t.co/waeZOmJTKV

Musk has not tweeted about the board changes, mainly because he’s not allowed to amid his ongoing feud with the Securities and Exchange Commission.

However, Elon did drop a couple of curious tweets one day after Tesla’s SEC filing.

In one, he simply quipped: “Wake up sheeple!”  Twelve hours later, Musk wrote: “Back to work…”

Law Professor: ‘Musk’s Crew’ Had to Be Broken Up

Stephen Diamond is an associate professor at Santa Clara University School of Law. He previously represented the CtW Investment Group, which sought to overhaul Tesla’s board, which he disdainfully called “Musk’s crew.”

Diamond claims that the exits of the pro-Musk directors will help the board exercise better oversight of Tesla’s mercurial CEO.

“This breaks up the fundamental problem,” Diamond told MarketWatch. “You weren’t helping Musk by having a board that was acting like a cheerleader and an echo chamber.”

Meanwhile, Tesla’s first-quarter earnings are expected to be dismal. Tesla will release its Q1 earnings on April 24. The company has already projected a first-quarter loss following two profitable quarters.

“Our suspicion is that Q1 EPS could be an outright disaster, given that Tesla guided for a loss with an entire month left in the quarter.” 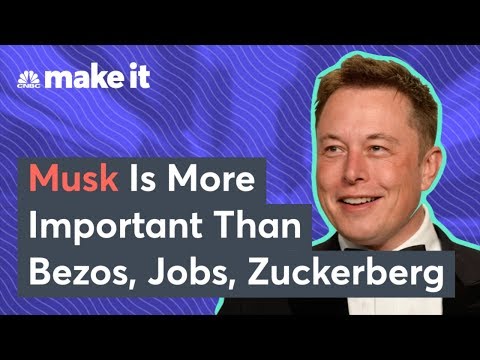 Not surprisingly, Musk’s critics are relishing in the bad news. Last week, hedge fund billionaire David Einhorn gloated that “the wheels are coming off — literally” at Tesla.

And Einhorn couldn’t be happier. His investment firm, Greenlight Capital, has been shorting Tesla stock for several years. Accordingly, he makes piles of cash whenever Tesla loses money.

In August 2018, Einhorn posted photos of shorts on his Twitter account — a snarky reminder to the world that he’s shorting TSLA stock. Of course, Einhorn’s celebration was premature, since he lost millions last year when Tesla outperformed his low expectations.

I want to thank @elonmusk for the shorts. He is a man of his word! They did come with some manufacturing defects. #tesla pic.twitter.com/qsYfO8cbkp

As CCN.com reported, Greenlight Capital lost 34% last year — making 2018 the worst year the hedge fund has had since David Einhorn launched it in 1996.

During the first six months of 2018, Greenlight Capital lost 18.3%. In contrast, Tesla shares rocketed 29% during that time, making TSLA the fund’s “second-biggest loser” for that time frame.

In short, betting against Elon Musk and Tesla was a losing proposition for David Einhorn in 2018. Will history repeat itself this year? Stay tuned.