By CCN.com: The Tesla Model 3 accounted for 81% of Tesla’s overall vehicle sales during Q2. So it is not difficult to understand why the Elon Musk-led company’s gross margin fell 168 basis points annually during the second quarter as the production of Model 3 units increased. But asset management firm ARK Investment forecasts that Tesla’s Model 3 gross margin will double by the end of next year.

Tesla will benefit from Wright’s Law

ARK Invest’s Sam Korus writes that the cumulative doubling of the Model 3’s production will lead to a 15% decline in production costs, according to Wright’s Law. In simple words, Wright’s Law states that an increase in the number of manufactured units leads to lower production costs thanks to improved production efficiency.

2/ The Model 3 appears to be on an 85% learning curve, so for every cumulative doubling of production you get a 15% cost decline. pic.twitter.com/8Rcg3d1krk

ARK Invest says that Tesla’s automotive gross margin (excluding regulatory credits) stood at 17.2% in Q2. Based on this figure, ARK has calculated that the cost of making a Model 3 is around $40,700 while the average selling price (ASP) of the car stands at $49,000.

Bloomberg’s Tesla Model 3 VIN tracker estimates that nearly half-a-million units have been produced so far. So for the next 15% drop in costs to take place, the company will have to hit a million units of Model 3 production. 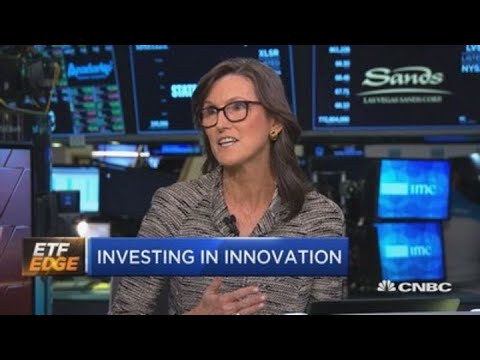 With Tesla aiming for weekly production of 10,000 units of each model by the end of the year, it should be able to hit the million-mark in a year’s time. If that happens, the production cost of a Model 3 could decline to around $35,000. Assuming that the company keeps the ASP at $49,000, the gross margin of each Model 3 should increase to nearly 30%.

ARK’s calculation differs slightly based on their production ramp estimates, but you get the idea as to where the Model 3’s gross margin might be headed. The firm believes that Wright’s Law will be a competitive advantage for the company as it could reduce the sticker price of the Model 3 and still enjoy higher profitability.

First, it remains to be seen if Tesla can actually ramp up its production as much as it forecasts, given that the company reportedly took shortcuts to meet production goals last quarter.

Second, the US-China trade war threatens to impose an adverse impact on Tesla’s costs and production plans in China. Both of those factors could upend ARK’s thesis.

ARK Invest, incidentally, made waves when it slapped a jaw-dropping $4,000 price target on Tesla stock. TSLA currently trades below $235, meaning that ARK analysts foresee a 1,600% surge.

Speaking with CCN.com, Korus confirmed that $4,000 target, clarifying that it rests on one crucial outcome: Tesla succeeds in deploying an autonomous robotaxi network.

“Our price target hasn’t changed for Tesla so the [$4,000 figure] still represents the bull case where they are able to launch an autonomous robotaxi network.”

Still, critics allege that this price target could be exposed as little more than a far-fetched dream because the success of self-driving cars is not a given.

Moreover, they argue, Tesla has more pressing concerns to address – beginning with getting its production processes in order to boost profitability.