By CCN.com: Elon Musk is being hailed as a hero, at least by one Tesla Model 3 driver. Electrek reports that a rear-ended Tesla Model 3 was about to ram into a vehicle in front of it. But the autopilot system took over in the nick of time and performed an evasive maneuver to prevent a crash. This is precisely the type of good PR that could rescue Tesla’s stock.

The driver of the Model 3 was slowing down when a Jeep Cherokee rammed into the back of his car. The Tesla was about to run into the vehicle ahead, but it quickly swerved out of the way to avoid another collision, as you can see on the video posted by the driver on Reddit. 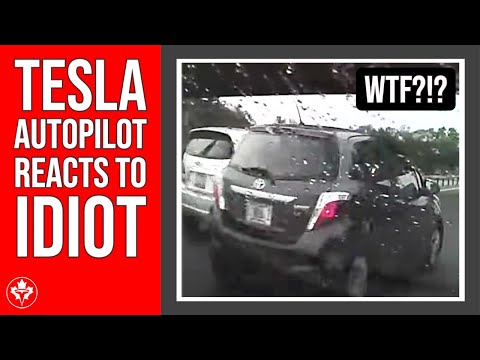 The driver clarified that the Model 3 wasn’t on autopilot and he didn’t perform the evasive maneuver. So it is likely that the collision avoidance feature, which is a part of the autopilot system, kicked in despite the self-driving system being disabled. The driver said:

“This morning I was rearended coming to a stop by a lady driving about 40-50 mph. The swerve in the video is not me. I don’t really remember in the moment but I think it was the Tesla that avoided the front collision. Saved me from bigger damage.”

Thankfully, no one was injured in the incident, which adds to Tesla’s record of saving lives by avoiding collisions. There have been prior reports of Tesla’s autopilot system avoiding crashes by taking over in the nick of time.

In August 2018, Tesla’s autopilot system saved a man’s life when he was about to be rammed into by a speeding car.

Then, in February, another Model 3 saved the owner from colliding into a barrier. 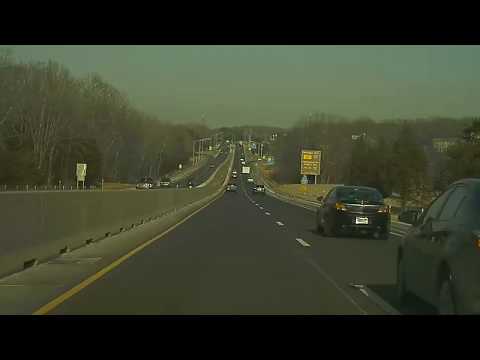 These life-saving incidents prove that Elon Musk is definitely onto something when it comes to reducing fatalities on the roads. A Twitter user recently pointed out that his Tesla drove all the way home on its own without any human inputs.

The Tesla Full Self-Driving Computer now in production is at about 5% compute load for these tasks or 10% with full fail-over redundancy https://t.co/fTseO2JyVp

So, there’s a possibility that Musk’s claims of Tesla’s stock achieving new heights thanks to the company’s self-driving success could turn into a reality. Shares are up today.

After all, Tesla cars have a history of getting into crashes and getting the occupants killed.

But the latest news will reaffirm investors’ faith in Tesla’s self-driving capabilities.

Don’t get carried away

There’s no doubt that Tesla saving lives is a positive for the stock. Nonetheless, the fatalities caused by the incompetence of the self-driving system cannot be ignored.

If Tesla wants to mint big money out of self-driving cars and achieve its lofty ambition of deploying a million robotaxis on the roads by next year, it will have to ensure a bulletproof fully self-driving system.

Any malfunction or failure of Tesla’s self-driving system could cause deaths and dent the stock price.

But the upside for investors is that there seems to be a silver lining in Musk’s madness. His grand plan of getting fully self-driving cars on the road soon might just materialize if he can work the kinks out of the system, paving the way for Tesla’s stock to fly higher.