By CCN.com: While Elon Musk has dazzled weak-minded investors with Tesla, and burned billions of dollars from the company’s coffers, BMW has quietly been planning to bury Tesla with a comprehensive electric car plan.

BMW Is a Dragon Compared to Tesla’s Insect

The success of their electric car plan is staggering – and it hasn’t even ramped up yet.

Harald Krüger, Chairman of the Board, said in the recent conference call:

Tesla managed to deliver 63,000 vehicles in the same quarter, which sounds pretty strong until you consider that it took years of hype and billions in burned cash to get there. Tesla will only hit 360,000 to 400,000 deliveries this year.

BMW will have a half million on the road by year-end, and increase from there.

BMW Has the Ammunition to Dominate the Electric Car Market

The BMW EV strategy will skyrocket past Tesla, which can’t seem to manage to create more than a couple of working models at a time.

BMW will have 25 electrified vehicles, of which 12 will be fully electric, by 2025, including Rolls-Royces and MINIs. Krüger also added:

“The iNEXT is scheduled for launch in 2021. For the first time, we are combining electric and Level 3 highly-automated driving with high-end connectivity and a digitalised interior. All in one vehicle. What this means for customers is: A completely new experience of mobility and everyday driving qualities, with an electric range of more than 600 kilometres.”

The BMW electric car plan puts Tesla and Elon Musk to absolute shame. A car with a 600 km range is incredible. BMW will have a fleet of different choices for consumers while Elon Musk and Tesla struggle to make cars that don’t explode.

Charged up and ready to go?
Always keep an eye on your all-new BMW i-setta – thanks to #BMW Connected.@BMWi #BMWi #FutureTechnology pic.twitter.com/aPS1GgugiC

“We are working hard to become more efficient, more profitable and much faster. Nothing is off limits. We are leaving no stone unturned. Our goal is to make structural efficiency improvements throughout the entire value chain. We are already implementing many of our decisions – and are now stepping up our efforts in all areas. By the end of 2022, these improvements will save us more than 12 billion euros”.

Meanwhile, Musk has to scrounge around to raise capital, and then only put up $25 million of his $20 billion fortune to keep the company going. Not only that, BMW is pressing hard for its Level 3 driverless technology, meaning fully autonomous. 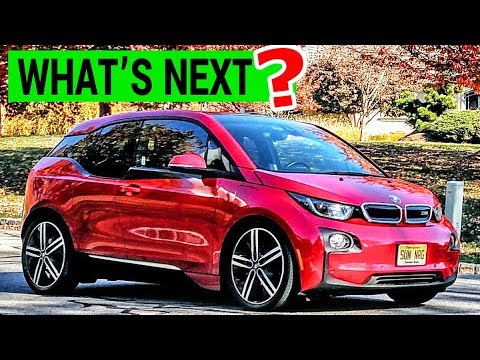 There is no comparison between garbage like Tesla and the fine-tuned machines of BMW.

BMW will crush Tesla and leave nothing behind. Not only that, every other major car manufacturer is producing some form of electric vehicle. They all have stronger balance sheets, too.