Will the bad news end for Tesla? Not yet, the electric car maker is headed for a trip to “demand hell” according to Vertical Group analyst Gordon Johnson. The imminent reveal of the Tesla Model Y SUV is doing little for Tesla stock. Only a short time to the Model Y launch, Tesla shares are seeing gains of just 0.08% and slightly over 5% for the last five days of trading.

Tesla Goes from Production and Logistics Hell to Demand Hell

Okay so Johnson is Tesla’s biggest bear. But, if demand for Tesla’s range of electric vehicles doesn’t start to rise quickly, Tesla’s stock could sink to new lows. Johnson says Tesla has a demand problem attributed to the Model 3:

The demand problem is the Model 3 is not a mass-market car. It’s a luxury car.

With the Model Y expected to be priced around 10% higher than the Model 3 demand will focus on its attraction as an SUV and its passenger carrying capabilities. Johnson says:

Elon Musk has talked about production hell, delivery hell. I think what they’re in now is demand hell.

Highlight: "Would someone give up the Model 3 to go with the Model Y because it is a little bit bigger?" @zguz asks about Tesla’s Model Y and production issues. https://t.co/ObzMOMFjVy pic.twitter.com/BAyzhXqNnm

So, it’s very questionable as to whether the Model Y will take Tesla out of this demand hell.

We think they’re going to lose close to $500 to $600 million this quarter due to weak demand and price cuts. We think the reason why you’re seeing all this erratic activity is because we think that they’re literally throwing things against a wall and hoping that they stick. 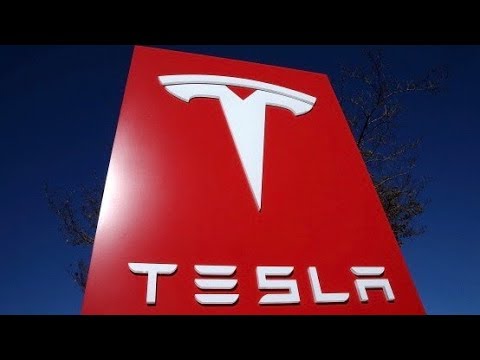 Tesla stock value peaked in June 2017, fluctuating back to similar levels until December 2018. Since then its been a volatile but mainly downward battle for shares of the car-maker. Over the past three months Tesla shares are down over 23%.

Though the last month has seen upward gains for Tesla stock one would think the new launch would inspire investors more. Not so it seems. Tesla needs to see an uptick in demand but given Model 3 performance will this happen?

The Vertical Group analyst expects Tesla’s share price to fall to $72, a drop of 75% from today’s price. David Tamberrino of Goldman Sachs says he too expects weak demand for Tesla this quarter and has a “sell” rating on the stock. Tamberrino believes the Model Y will just make demand issues worse for the Model 3. Tesla has also said it’s not likely to deliver profits for the first quarter of 2019.

The challenge for Tesla and Tesla stock is not just one of demand, but also of controversy. The Model Y will do nothing to help CEO Elon Musk with his SEC woes. Tesla needs to see some positivity. Or, further falls in demand, layoffs, and closures, could result in Johnson’s predicted crash.