Unlike other car companies, Tesla actually sold some cars in April. The Model 3 is now the best-selling car in the United Kingdom
PHNjcmlwdCBhc3luYyBzcmM9Imh0dHBzOi8vcGFnZWFkMi5nb29nbGVzeW5kaWNhdGlvbi5jb20vcGFnZWFkL2pzL2Fkc2J5Z29vZ2xlLmpzIj48L3NjcmlwdD4KPCEtLSBUb3AgQXJ0aWNsZSBDQ04gLS0+CjxpbnMgY2xhc3M9ImFkc2J5Z29vZ2xlIgogICAgIHN0eWxlPSJkaXNwbGF5OmJsb2NrIgogICAgIGRhdGEtYWQtY2xpZW50PSJjYS1wdWItNjQ3MjA2OTY5MzY1NzE0MyIKICAgICBkYXRhLWFkLXNsb3Q9IjU4NDY0ODIyMjMiCiAgICAgZGF0YS1hZC1mb3JtYXQ9ImF1dG8iCiAgICAgZGF0YS1mdWxsLXdpZHRoLXJlc3BvbnNpdmU9InRydWUiPjwvaW5zPgo8c2NyaXB0PgogICAgIChhZHNieWdvb2dsZSA9IHdpbmRvdy5hZHNieWdvb2dsZSB8fCBbXSkucHVzaCh7fSk7Cjwvc2NyaXB0Pg==

Tesla (NASDAQ: TSLA) did something that almost no other car company could in the last month:

New data just arrived from the United Kingdom and it’s a depressing read for the car industry. Car sales are down 97.3% in April as the coronavirus kept people away from dealerships. 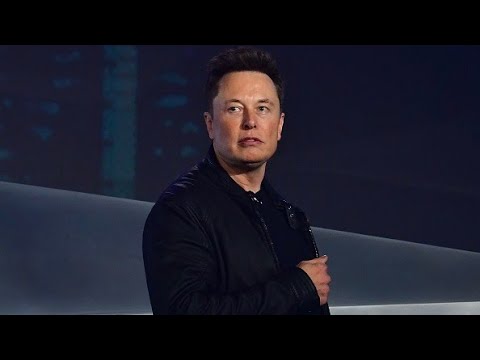 But one car has risen to the top of the best-seller list: the Tesla Model 3.

The Tesla Model 3 is now the best-selling car in the United Kingdom. In a list usually dominated by Ford, Volkswagen, Vauxhall, BMW, and Mercedes… Tesla now reigns.

How is Tesla beating other companies?

The answer is simple. Online sales.

In fact, he switched all Model 3 sales to online-only from last year. At the time, Tesla said this was a better customer experience.

You can now buy a Tesla in North America via your phone in about 1 minute, and that capability will soon be extended worldwide.

And you can return the car in a week if you’re not happy. It’s proven a winning formula, especially for those that hate buying a car from a dealer. Industry insiders say the legacy car makers will now scramble to copy Tesla’s lead. Rhett Ricart, chairman of the National Auto Dealers Association explains:

By the end of this year, you’re going to see 80%-90% of U.S. new car dealers with full e-commerce capability in their shops.

Tesla to ramp up market share in coronavirus crisis

Of course, Tesla is still taking a hit through the coronavirus crisis. Musk’s factories are closed and people are less likely to buy new cars. The company saw a sizeable dent in net income for the first quarter.

But its online sales portal has helped it stay afloat while other car companies drown. Tesla is eating up the market share in this crisis.

As Ark Invest analysts point out, Tesla’s year-on-year deliveries grew 40% in the first quarter while other car companies dropped across the world.

It’s worth pointing out that Ark Invest is a Tesla shareholder, and they have a bold $15,000 bull-case price target on the stock for 2024.

The biggest absence on the UK’s list of car sales is Ford. The Ford Fiesta is typically the country’s best-selling model, and the Focus is never far behind.

But this month, they’re not even in the top ten.

Ford was flirting with bankruptcy before the coronavirus crisis. This may force them over the edge. The company reported losses in Q4. And speaking about Ford’s decision to suspend its dividend, Morgan Stanley’s head of global autos said:

I said that’s it — they’re all in. It’s all about survival.

Tesla continues to dominate the headlines for another reason, too. CEO Elon Musk lashed out at California’s shelter-in-place rules during last week’s earnings call. He strongly disagreed with ‘forcibly imprisoning people in the their homes,’ and urged lawmakers to change course.

Tesla shares dropped 10% in the hours after he sent it.

Disclaimer: The author holds no position in Tesla at the time of writing.

Dow Under Pressure as Pre-Election Jitters Weigh on U.S. Stock Market
No Comments
← PreviousDow Jones Could Get Rocked by Poor Disney Earnings
Next →Why Dow Jones Bears May Unwittingly Launch the Stock Market Higher