UK-based retro streaming platform Antstream has secured the support of Tencent in a Series A funding round. The Chinese gaming behemoth is looking to make inroads into the cloud gaming market by tapping into the nostalgia of retro gaming.

Alongside a sizeable, yet undisclosed figure from Tencent, London-based venture capitalist Hambro Perks has also thrown its financial might behind the project, which hopes to become the Netflix of retro gaming.

Antstream CEO Steve Cottam said of the partnership with Tencent;

“We are truly privileged that Tencent recognized our potential by investing so early in our journey. The company is synonymous with gaming, and we are proud to be part of its family. Tencent has given us an incredible endorsement of our plans at Antstream Arcade, and we are delighted to lean on the support of its team.” 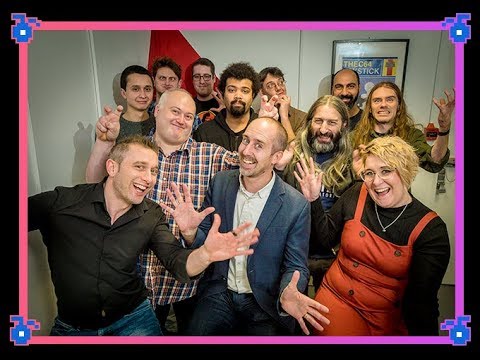 As a subscription-based service, Antstream Arcade focuses solely on retro games with a current catalog of 2,000 fully licensed titles playable cross-platform on mobile, tablet, Xbox One, Mac, and PC. With Tencent’s backing, the company hopes to eventually expand to support PlayStation 4 and Nintendo Switch.

Bringing together classics from decades-old consoles such as the ZX Spectrum, Mega Drive, and Commodore Amiga alongside games found exclusively in now-defunct brick-and-mortar arcades, titles such as Double Dragon and Speedball pepper Antstream’s ever-growing library.

The service foregoes the need to dig out dust-caked ancient consoles and elusive floppy discs or cartridges with the vague hope that they still work. And, more importantly, it avoids dealing with the murky world of emulators and their questionable legal standing.

Antstream Arcade is currently live in the UK thanks to a Kickstarter campaign that raised over £70,000 to get the ball rolling on a soft launch earlier this month. Antstream plans to expand to the U.S. by the end of this year, and, with Tencent’s support, into the Asian market in the future.

“Seeing how the retro games were underserved, or just really didn’t exist anymore, that was one of the problems we wanted to solve. Our vision is to get the first game ever made to the game that came out yesterday.”

It’s precisely that sense of nostalgia that many gamers develop for these difficult-to-find titles that Antstream hopes to channel into an ever-expanding service. Tencent appears to be all too aware of the value in this. Its involvement is a clear signal of the company making preparations for gaming’s inevitable transition to the cloud.

Rather than take on the triple-A dominated catalogs we expect to see on Microsoft, Sony, and Google’s platforms, Antstream is a way for Tencent to secure an untapped portion of the cloud gaming market outside of its Chinese stronghold.

There’s also the technical aspect of running retro games, which is significantly less stringent on server-based hardware and the consumer’s internet connection than say the graphical demands of a modern game like Assassin’s Creed Odyssey, a game that will be available on Stadia.

This means functionality from day one is more or less guaranteed, avoiding the inevitable, but as of now, unknown issues sure to plague the untested platforms of the big three.

The unproven viability of such a niche service aside, the calculated nature of Tencent’s early involvement places the gaming giant in an enviable position as cloud gaming weaves itself into the fabric of the gaming landscape in the coming months and years.