Following the season finale of “American Idol,” Taylor Swift will air a concert on ABC. It will be another nail in the coffin of traditional performances as we know them. Good riddance.

On May 17th, the music special “Taylor Swift City of Love Concert” will hit the airwaves, then Hulu and Disney+ the next day. According to the ABC’s website, the show was recorded to promote Swift’s “Lover” album.

Billboard reports the performance took place back in September at the L’Olympia theater in Paris, France. Swift took the stage before a small crowd, and the film crew offers viewers unique, behind the scenes looks at the performance.

Excited to announce the City of Lover Concert! We filmed my show in Paris in September and thought it’d be fun to share it with you 😄May 17 at 10p ET on @abcnetwork and available the next day on @hulu and @disneyplus! #TaylorSwiftCityOfLover pic.twitter.com/7B3ky0rO5B

Because of the coronavirus pandemic, events like the ABC special are the closet thing to a concert fans will be able to attend for the foreseeable future.

As musicians explore new ways to bring their work to fans, concerts begin staring down a bitter fate.

Taylor Swift Isn’t the Only Artist to Ditch the Crowds

On April 23rd, Travis Scott performed a concert inside the Fornite world, and according to the game, the event brought in 27.7 million players. Following the concert, Billboard reported that Scott’s music exploded up the top 100 charts, making the event a massive success.

Now Swift is not only giving fans a concert, but she’s offering them a backstage pass. If the special draws similar numbers to Scott’s and brings fans rushing back to Taylor Swift’s music, concerts could be in serious trouble.

Concerts Will be Easy To Kill

Coronavirus might just put the hangman’s noose on concerts, but they were already on trial before the global pandemic.

Is there any event that sounds fun, but is actually less enjoyable than a concert?

Where else do we shell out hundreds of dollars to stand in a place designed to host anything but music, as we watch a musician on a big pixilated screen because 70% of the seats are too far away to see properly? And that smell? It’s the armpits of the 20 people standing on top of you as they jump around to the music.

In reality, the biggest difference between a concert and the subway is the price.

If concerts disappeared, and artists receive an alternate way to make money, no one is worse for it. We finally have a chance to bump off these horrible events.

The Result Is Way More Appealing

So if there are no concerts, what is there? Everything else. The expanse of technology means the options are endless and far more appealing. Whether that means more video game performances, prerecorded live shows, or a film crew feeding small live events to an artist’s Facebook page, such alternatives offer fans up-close and intimate experiences only a handful of people get at a typical concert. 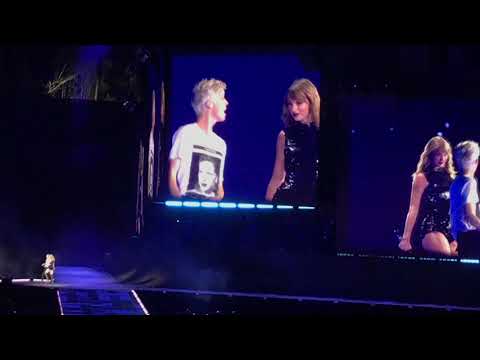 And the artist can still generate revenue, bringing in sponsors who want their brand plastered on a stage, viewed by millions of people.

Better yet, killing concerts does not kill live music. Going to a bar with 80 other fans and watching a performance is delightful and gives the up-close and personal atmosphere missed at a huge concert. And because the artist will be able to gather sponsors for the live stream, the few people in attendance will not pay through the roof to try and compensate for any losses, because there won’t be any.

So let’s do this 2020, kill the stinky, uncomfortable, unfortunate event that is the traditional concert—time to turn these messes into clean, virtual events where everyone can get a front seat. Here’s to hoping Taylor Swift’s special does well.