Taylor Swift delivered a bitter rant at Billboard’s 2019 Women in Music event Thursday. She was there to accept her Woman of the Decade Award. It was a performance to rival Michael Jordan’s infamous Basketball Hall of Fame speech.

Taylor Swift took to the Billboard Women in Music stage to call out Scooter Braun, who bought Swift’s six-album catalog without her knowledge. pic.twitter.com/7QoC4Q9qLv

Swift expressed no gratitude for the industry that made her rich and famous. Instead, she griped about the people who invested enormous sums to promote and distribute her music. 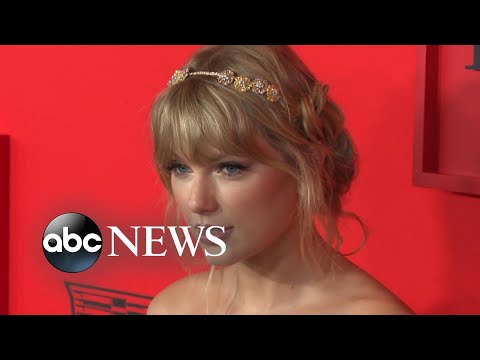 At issue is the master recordings of Taylor Swift’s first six albums. Her former record label, Big Machine Label Group, owns the masters (as well as the obligation to maintain them).

The country music icon has had “bad blood” since June about the sale of her albums to recording industry exec, Scooter Braun’s Ithaca Holdings LLC.

After I was denied the chance to purchase my music outright, my entire catalog was sold to Scooter Braun’s Ithaca Holdings in a deal that I’m told was funded by the Soros family, 23 Capital, and the Carlyle Group.

As Swift acknowledged herself her earlier this year, Big Machine was interested in selling her the masters, but in exchange for renewing her music contract instead of cash.

Taylor Swift didn’t like the deal, so she chose to walk away. At the Billboard event this week, she oddly characterized the failed negotiation in terms of toxic masculinity:

And let me just say that the definition of toxic male privilege in our industry is people saying, ‘But he’s always been nice to me,’ when I’m raising valid concerns about artists and their right to own their music.

But if we’re going to view the dispute through a lens of sensational identity politics, this looks less like male privilege, and more like millennial entitlement.

Swift Is Worth $360 Million

As of June this year, Taylor Swift had a net worth of $360 million. She just turned 30 years old Friday, and she’s a third of the way toward being a billionaire.

She’s one of the world’s highest-paid celebrities. She just broke Michael Jackson’s record this year to hold the most AMAs of any recording artist. She owns two private jets, which she flies to her estates all over the country.

The deal she made with Big Machine as a teenager is what made all this possible. She made the deal of a lifetime for access to the production and marketing muscle that made her a star.

In exchange for risking valuable time, money, and expertise on her talents, the record industry got to own the records. Entrepreneurs of all kinds make this deal all the time.

They have talent, an idea, a brand, a product, but they need production and distribution, so they sell an ownership stake in their work to expand.

If her sentimental attachment to owning her records is making her this bitter, maybe she should just “shake it off.”